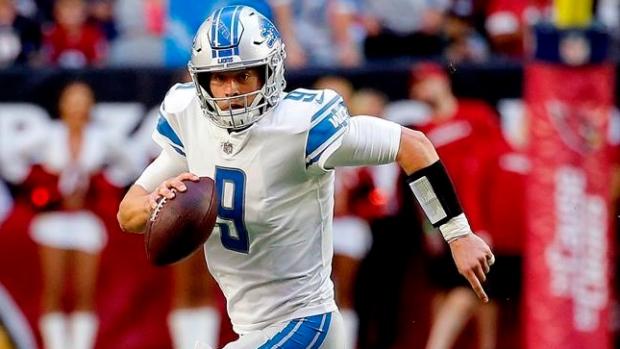 Detroit Lions quarterback Matthew Stafford missed practice Wednesday and has been placed on the reserve/COVID-19 list, the team announced.

This means either Stafford tested positive for COVID-19, or was in close contact with someone who tested positive. Stafford now joins linebacker Jarrad Davis, who was placed on the list Tuesday.

The two cases, according to a source with knowledge of the situation, are not related.

This is Stafford's second stint on the reserve/COVID-19 list. Stafford had a false positive test in August, part of the reason the NFL changed its protocols on testing at the time. Stafford's wife, Kelly, as well as the organization both offered strong statements at the time about the false positive.

The Lions have now had two players placed on the list in as many days, after not having a player on the list since the beginning of training camp in August, when Detroit had at least seven players on the list, including receiver Kenny Golladay and tight end T.J. Hockenson.

Prior to practice Wednesday, Lions coach Matt Patricia said "nobody would not be able to practice because of JD."

Detroit did not close its Allen Park, Michigan, facility on Wednesday, and Patricia said the team has been in "constant contact with the NFL."

"There's no need for us to shut down the facility," Patricia said. "There's no need for any of that, as far as our situation. I can't speak to the future. I think that right now, everybody across the country, especially in Michigan right now, and the cases going up, really no one knows what the next day is going to look like.

"We just have to do the best we can to stay safe today."

With Stafford not at practice, the Lions used backup quarterbacks Chase Daniel and David Blough.