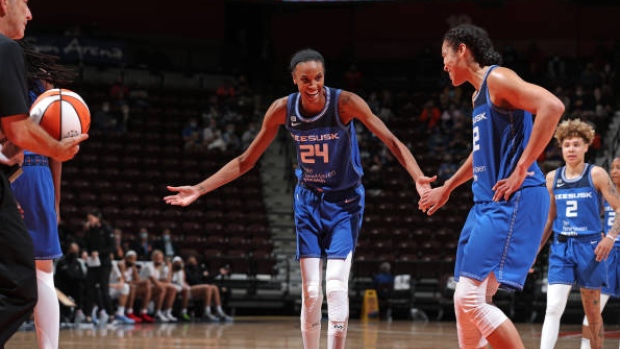 Bonner, who played her first nine WNBA seasons with Phoenix, made a 3-pointer with 2:27 left to give Connecticut (2-0) the lead for good at 76-73, sparking a 7-0 run. The Mercury (1-1) cut it to three, but the Sun’s Briann January and Brionna Jones made baskets in the final minute.

Natisha Hiedeman added a career-high 17 points for Connecticut. January had 15 points and Jonquel Jones had 14 points and 13 rebounds.

Diana Taurasi had 19 points for the Mercury. Down 13 in the third quarter, Phoenix took the lead at 68-66 when Taurasi made the second of back-to-back 3-pointers with 5:54 left in the fourth quarter.

Skylar Diggins-Smith added 18 points and Brittney Griner had 16 for the Mercury. Hamilton's Kia Nurse, in her second game with Phoenix, had six points and four rebounds.