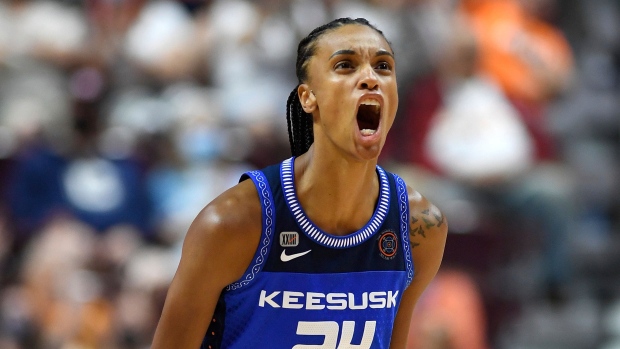 Bonner made 10 of 11 free throws — and Connecticut went 23 for 25 from the line — to help reach 30 points for the first time this season. It was her fifth double-double.

Jonquel Jones added 20 points and seven rebounds for Connecticut (17-6) despite being in foul trouble. The Sun turned it over 17 times but outrebounded the Lynx 31-23.

Connecticut continues its five-game homestand on Tuesday against Las Vegas in a battle for sole possession of first place. Minnesota lost back-to-back games against Connecticut following an eight-game winning streak.