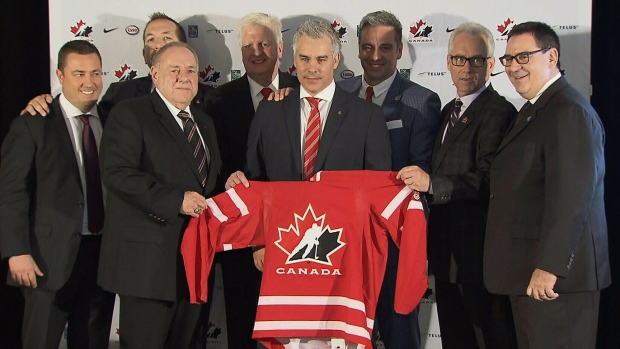 Dominique Ducharme has been named head coach of Team Canada for the 2017 IIHF World Junior Championship in Montreal and Toronto.

Ducharme served as assistant coach for Team Canada at the 2016 tournament under head coach David Lowry. Canada was eliminated in the quarter-finals by Finland, who went on to win the gold medal.

Ducharme will be joined on the staff by Moose Jaw Warriors head coach Tim Hunter and Erie Otters coach Kris Knoblauch, who will serve as assistant coahes.

The 43-year-old was named head coach and general manager of the Drummondville Voltigeurs in April, shortly after resigning as head coach of the Halifax Mooseheads due to personal reasons. The Mooseheads missed the playoffs this season after posting a 21-39-8 record.

Ducharme made the decision to remain with Team Canada last season in Helsinki despite the passing of his father in Canada.

Canada last won gold at the World Juniors in 2015. That tournament was also played in Montreal and Toronto.