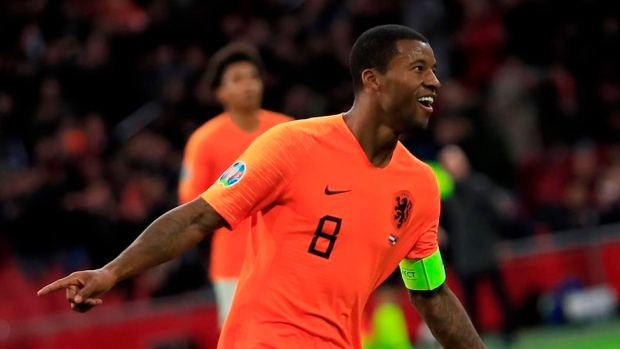 AMSTERDAM — The United States will play an exhibition against the Netherlands on March 26 at Eindhoven, the first time the Americans will have their full player pool together next year ahead of the start of World Cup qualifying in September.

The Americans plan a January training camp in Qatar with mostly Major League Soccer players, a group that will be used for a home exhibition about Feb. 1.

The March match could feature Ajax players and American defender Sergiño Dest, who decided in October to remain with the U.S. national team program rather than switch to the Dutch.

The Netherlands is preparing for next year's European Championship, the first major tournament for the Dutch since the 2014 World Cup. The Netherlands plays Spain in a friendly on March 29 at Amsterdam.

After reaching the semifinals in Brazil, the Dutch team failed to qualify for the 2016 European Championship and the 2018 World Cup. However, the team has been resurgent since Ronald Koeman was appointed in February 2018, with a new generation of talented young players like Frenkie de Jong and Matthijs de Ligt establishing themselves in the national team.