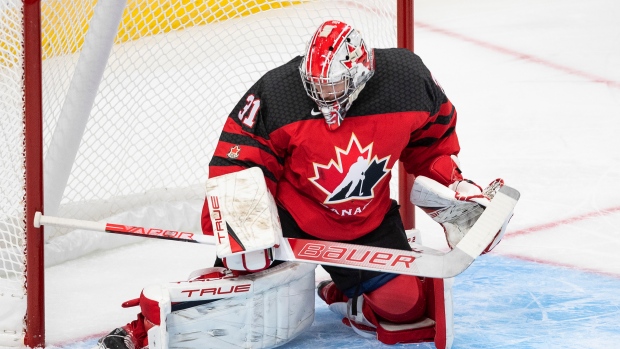 Dylan Garand will get the start in net for Canada to open the 2022 IIHF World Junior Championship, head coach Dave Cameron announced on Saturday.

When asked if Garand was the No.1 goalie for the tournament, Cameron had this to say: "We’ll go game by game with that. Generally, guys don’t get benched for [good] play. He’s got the net and he's going to want to keep it."

Garand stopped 14 of 15 shots he faced in Thursday's pre-tournament game against Russia.

Garand, 19, has a 1.85 goals-against average this season in the WHL with the Kamloops Blazers.

Last year, he made one appearance in the WJC tournament for Canada, allowing one goal on six shots in the opening game against Germany.