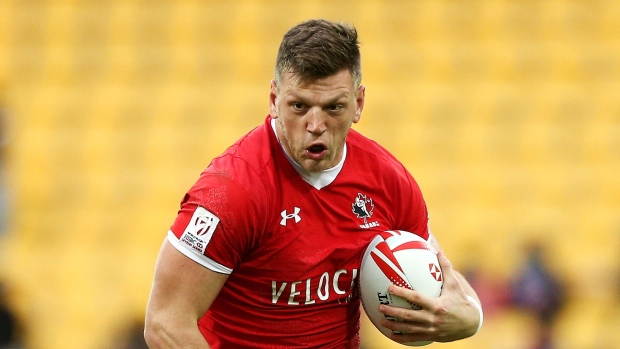 Things are moving quickly for the 26-year-old from North Vancouver, who began a tryout Sunday with the NFL team as a tight end. With the contract in place, the Eagles say they are now waiting on a visa for Zaruba.

The six-foot-five 265-pounder played football at high school and briefly at Simon Fraser University before focusing on rugby.

Zaruba follows in the footsteps of Australian rugby league star Jarryd Hayne who spent a year with the San Francisco 49ers in 2015 as a running back and return specialist.

Zaruba is a big man who can move at speed.

He turned heads last year at the Paris Sevens when he soared into the air and pulled down the ball with one hand from a Canadian restart without breaking stride.

Fox Sports in Australia called it "one of the most remarkable catches in sevens history." Sky Sports described it as "stunning."

His Canadian rugby teammates called Zaruba "the Freak" – or Zoobs if they're feeling charitable.