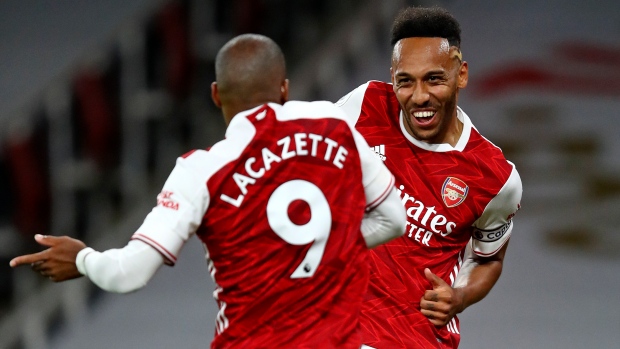 LONDON — Eddie Nketiah came off the bench to score an 85th-minute winner Saturday as Arsenal beat West Ham 2-1 for a second straight victory to open the Premier League.

The England under-21 striker had only been on the field for eight minutes when he stretched to tap in a low cross from Dani Ceballos after Arsenal broke through the offside trap.

Alexandre Lacazette’s 25th-minute opener for Arsenal, set up by a pinpoint cross from Pierre-Emerick Aubameyang, was cancelled out by a well-worked team goal finished off by Michail Antonio just before halftime at Emirates Stadium.

West Ham has lost both of its games so far, having been beaten 2-0 by Newcastle last weekend.

Arsenal opened with a 3-0 win at Fulham.