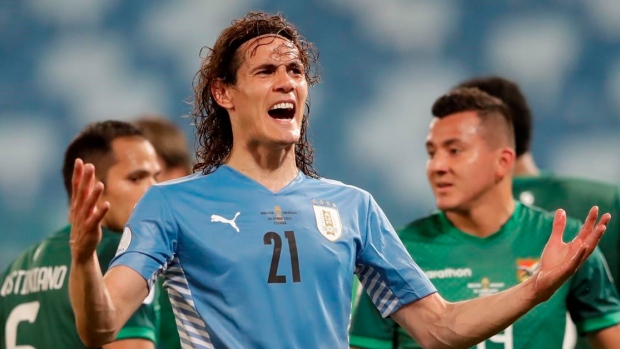 Edinson Cavani will not be returning to South America for next month's World Cup qualifiers.

Uruguay cancelled the veteran striker's call-up to the squad set to take on Peru, Bolivia and Ecuador, which will allow Cavani to not miss any game time with Manchester United.

Had Cavani left for the qualifiers, he would have been forced into a 10-day quarantine upon his return, missing three Red Devils fixtures.

FIFA had extended the CONMEBOL qualification window to make up for matches postponed due to the ongoing COVID-19 pandemic.

Other Premier League teams will be without the services of stars as they head to their native countries for qualifiers, including Aston Villa's Emi Martinez and Tottenham Hotspur pair Giovanni Lo Celso and Cristian Romero with all three set for Argentina call-ups.

He is in his second season with United after a terrific first campaign that saw him notch 17 goals across all competitions.