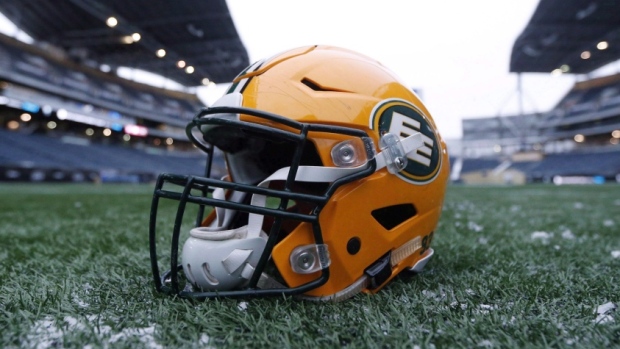 The Edmonton Canadian Football League franchise has made an internal decision to change its 'Eskimos' nickname, sources tell TSN.

Sources tell TSN an internal decision has been made, the Edmonton Eskimos will be changing their name. An announcement could come as early as next week.

An announcement could come as soon as next week.

"We acknowledge and appreciate the feedback and input regarding our name," the team said in a July 8th statement. "We take this issue seriously as has been demonstrated by the three years weve spent engaging in Canada's north and conducting research related to our name. We recognize that a lot has occurred since this information was gathered, and as a result, we are accelerating our ongoing process of review. We will be seeking further input from the Inuit, our partners and other stakeholders to inform our decisions moving forward. We'll continue to listen carefully and with an open mind. We intend to complete our review as quickly as possible and will provide an update on these discussions by the end of this month."

In recent days, league sponsors have expressed a desire to see a name change.

"Sports Interaction will be asking the Edmonton Eskimos to change its name so that we can continue supporting the club and its fans,spokesmanRyan Stetson wrote in an email to CTV News.

"I know some feel the name is endearing, but I also know some are offended by it. I just want to do what is best for everyone, and I’m behind whatever decision is made."

Edmonton starting quarterback Trevor Harris on the #CFL team retiring its name: "I know some feel the name is endearing, but I also know some are offended by it. I just want to do what is best for everyone, and I’m behind whatever decision is made." @CFL @CFLonTSN @TSN_Sports

A player that TSN CFL reporter Matthew Scianitti communicated with told him that he'd welcome the team being renamed after Dwayne Mandrusiak, Edmonton's equipment manager who has spent 49 seasons with the club.

Messaged an Edmonthon #CFL player and asked him if the team should be renamed the Edmonton "Dwayne Mandrusiaks" in honour of the team's legendary equipment manager who is entering his 50th season: That’s the best suggestion ever." @DRockEsks is the @CFL

The current incarnation of the franchise has held the nickname since its inception in 1949.