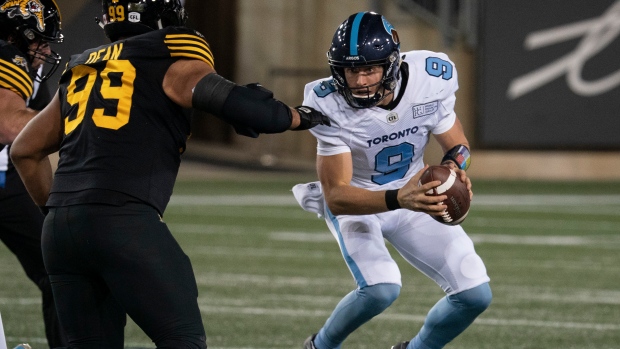 The Edmonton Elks announced Friday afternoon that they have reached a deal with American quarterback Dakota Prukop after his release from the Calgary Stampeders.

Prukop was let go by the Stamps on Thursday.

Prukop spent three seasons (2017-2019) with the Toronto Argonauts before originally signing with the Calgary Stampeders in the off-season.

The 27-year-old played college ball at Oregon and is a native of Austin, Tex.

In addition to Prukop's signing, the Elks also announced the release of quarterback Drew Anderson.