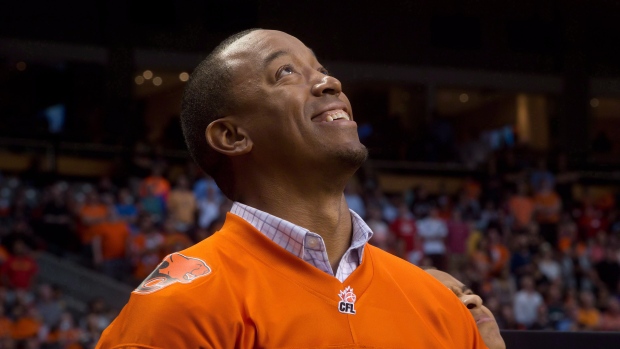 The Edmonton Elks have added former CFLer Geroy Simon as assistant general manager on a two-year deal, according to TSN's Farhan Lalji.

Done deal. @geroysimon has now agreed to 2-year deal to become the Asst GM of the #Elks. He will be involved all aspects of football ops, including negotiating contracts. Focus will be on personnel. Great step for him & a nice add for Chris Jones. @CFLonTSN @TSN_Sports #BCLions pic.twitter.com/Mc8sLdso6c

Lalji reports that Simon will be involved in all aspects of football operations, including negotiating contracts with focus on personnel.

The 46-year-old played 15 seasons in the CFL, 12 with the BC Lions along with stints with the Saskatchewan Roughriders and Winnipeg Blue Bombers. He was named the CFL's Most Outstanding Player in 2006. Simon has had front office roles with the Roughriders and Lions in his post-playing career.

The Elks hired Chris Jones as head coach and general manager on Tuesday. Jones guided Edmonton to their most recent Grey Cup win in 2015 in his first stint with the organization.