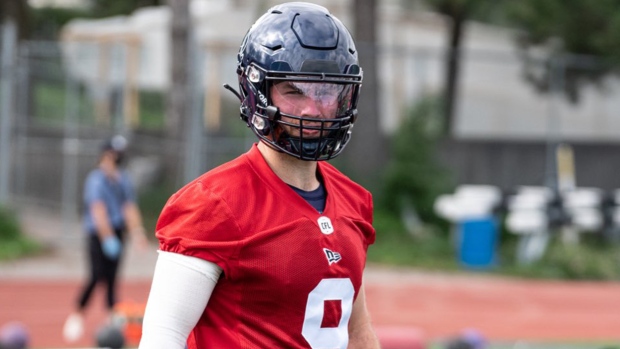 The @elks have redone the contract of QB Nick Arbuckle who originally signed for ‘22 under previous GM Brock Sunderland. New deal pays him same salary ($328k + plus $12k for housing) but $100k as a signing bonus. One year deal. #CFL #Elks

Arbuckle, 28, has 17 touchdowns and 3,405 career passing yards over 43 games for Calgary and Toronto. He was signed to an extension through the 2022 season after he was acquired by the Elks in November.

Last season, Arbuckle was 96 for 153 with 1,158 yards and five touchdowns with the Argonauts.