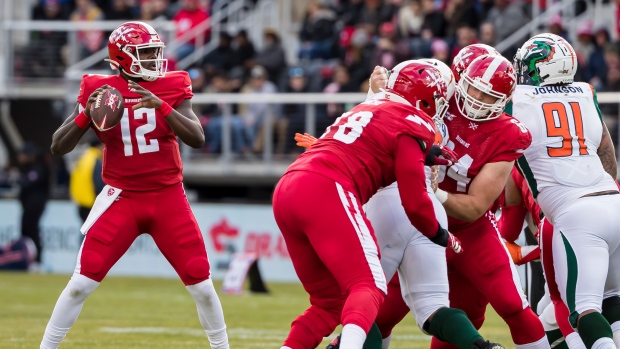 The Cardale Jones era with the Edmonton Elks isn't going to happen after all.

The team announced the release of the former Ohio State National Championship-winning quarterback on Friday among a series of transactions.

Running back Sherman Badie was added to the active roster.

Jones, 29, was signed by the team on Apr. 26 on the same day the Elks released his former teammate, QB J.T. Barrett.

The Cleveland native appeared in one NFL game for the Buffalo Bills in 2016 and later played the 2020 season with the DC Defenders of the XFL after having spent time on the roster of the Los Angeles Chargers and the practice roster of the Seattle Seahawks.

Elks training camp continues through the next week with the team's first preseason game scheduled for May 27 against the Grey Cup champion Winnipeg Blue Bombers.