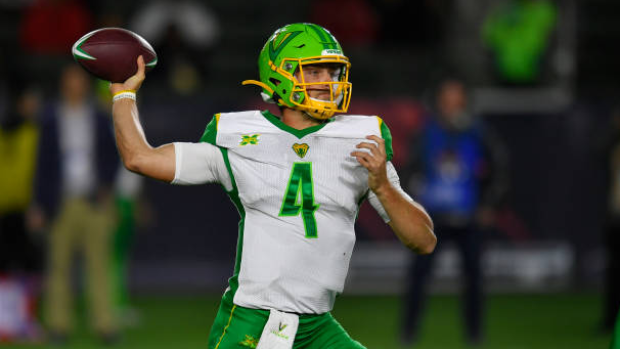 Taylor Cornelius will get the starting nod at quarterback when the Edmonton Elks face the Winnipeg Blue Bombers on Saturday.

The 26-year-old quarterback has not taken any snaps for the Elks this season, but has three carries and rushed for two yards in five games played.

Here is how the Elks will line-up tomorrow against the Blue Bombers! #AntlerUp pic.twitter.com/s4W4gjgyaT

Cornelius previously played for the Tampa Bay Vipers of the XFL where he threw for 858 yards with four touchdowns and six interceptions in five games played.

The Amarillo, TX native will be replacing starting quarterback Trevor Harris, who was placed on the six-injured list after sustaining a neck injury during September 11th loss against the Calgary Stampeders.

Harris has thrown for 1481 yards with six touchdowns and five interceptions over five games this season.