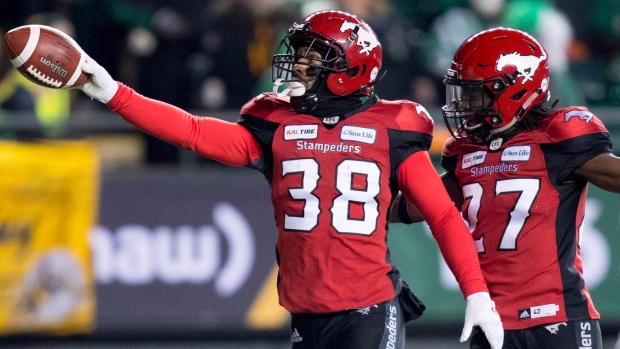 The Edmonton Eskimos have agreed to terms with running back and kick returner Terry Williams on a one-year deal, according to TSN's Farhan Lalji.

RB Terry Williams has agreed to terms with #Eskimos on a 1 year deal. @CFLonTSN @TSN1260 #Stampeders

Last season with the Calgary Stampeders, Williams racked up 953 yards and a touchdown on 42 kickoff returns, and another 679 yards on 66 punt returns.

The 27-year-old also finished the year with 275 yards and a touchdown on 53 carries and 117 receiving yards on 10 receptions.

Williams, who played his college football at Kutztown, spent the past three seasons with the Stampeders.