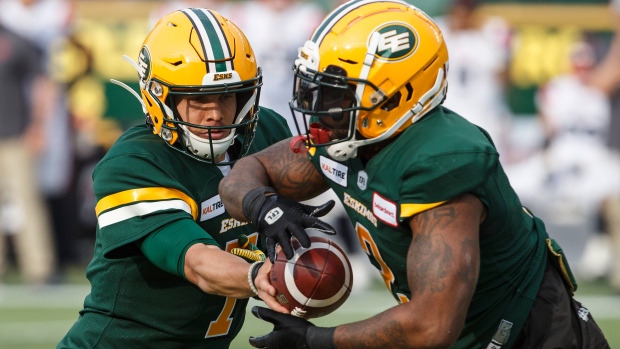 Two Edmonton Eskimos were among the trio of Canadian Football League Top Performers for Week 1, with quarterback Trevor Harris and running back C.J. Gable earning the honour alongside Winnipeg Blue Bombers running back Andrew Harris.

The Eskimos' Harris finished No. 1 for the week after throwing for 447 yards and three touchdowns in his Eskimos' debut. Harris also had seven carries for 12 yards and a touchdown on the ground.

His teammate in the backfield, Gable, finished No. 2 for the week. Gable had 154 yards on 20 carries and added another three receptions for 29 yards and a touchdown.

The Blue Bombers' Harris finished No. 3 after 16 carries for 148 yards and five receptions for 27 yards.