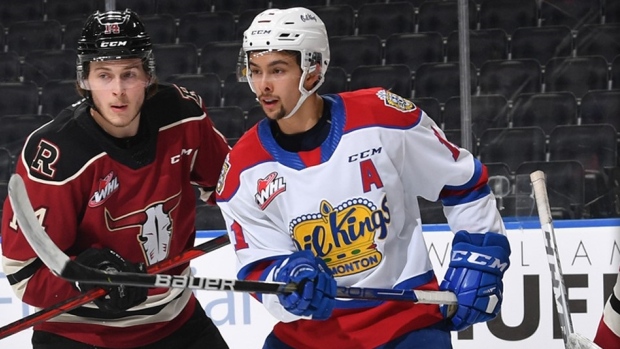 EDMONTON — Kaiden Guhle scored and added an assist as the Edmonton Oil Kings opened their second-round WHL playoff series with the Red Deer Rebels with a 4-0 blanking Thursday.

Sebastian Cossa stopped all 18 shots he faced to pick up the shutout as the Oil Kings coasted to a series opening win.

Dylan Guenther opened scoring in the game at the 10:18 mark for his fifth of the post-season and the other three Oil Kings goals came in the second, including Kaiden Guhle's at the 14:49 mark of the frame.

Chase Coward stopped 23-of-27 shots for the Rebels before he was replaced by Connor Ungar in the third period. Ungar made eight saves in relief.