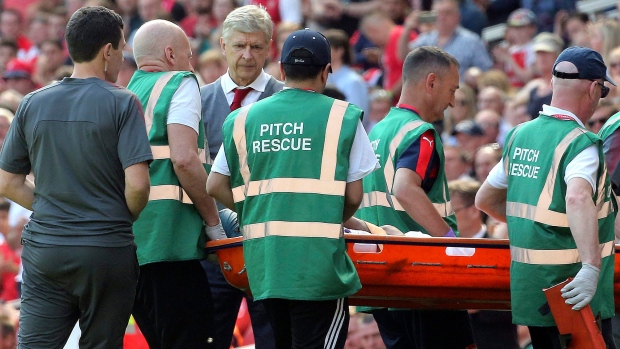 LONDON — Arsenal midfielder Mohamed Elneny was carried off on a stretcher during Sunday's Premier League game against West Ham, less than two months before he is due to play at the World Cup with Egypt.

Elneny was treated on the pitch in north London after injuring an ankle in a challenge with Mark Noble just before halftime.

"It doesn't look too good," Arsenal manager Arsene Wenger said. "He will have an X-ray. I don't know how bad it is."

Egypt has qualified for the World Cup for the first time since 1990 and opens its Group A campaign on June 15 against Uruguay.

Arsenal will have more immediate concerns about Elneny's fitness with the first leg of its Europa League semifinal against Atletico Madrid on Thursday.