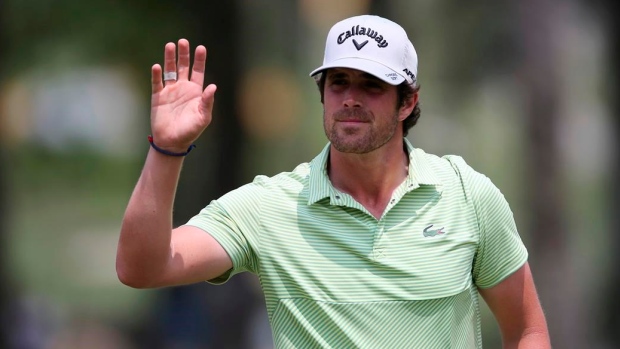 NEWPORT, Wales (AP) — Nacho Elvira started the day sharing the lead of the Wales Open and finished with it all to himself after shooting a 4-under 67 in the second round on Friday.

Elvira bogeyed the first hole but recovered with six birdies, dropping just one further shot on the 17th and moving to 11 under overall at Celtic Manor.

Remarkably, younger brother Manuel was also at 11 under playing at the Italian Challenge on the Challenge Tour, and at one point the siblings were leading their respective events on the same score.

“It’s unbelievable,” said the older brother, who has made just two of his last 11 cuts. ”He's been playing great. It's awesome that we are both 11 under and leading, it's interesting - that must have never happened before.”

He added: “To be 100% honest, I don't really care where I end up. I'm happy with how I'm trying to turn my game around, especially my mind around. So we'll see what that brings.”

Swedish golfer Vincent Norrman was playing just his third event as a professional but he carded a 69 to sit second two shots behind at 9 under, a shot clear of Japan's Masahiro Kawamura, whose 63 was the lowest round of the day by four shots.

Scots David Drysdale and Calum Hill were at 3 under alongside England's Sam Horsfield.