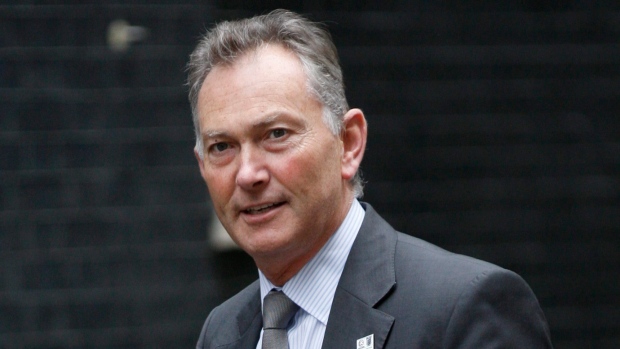 LONDON — The answer to the English Premier League’s turbulent and widespread search for a new chief executive ended up being on its own doorstep.

Richard Masters was hired on Thursday as the permanent successor to Richard Scudamore, having served in the position on an interim basis for the past year during a blundering effort to find a person to run the world’s richest club soccer competition.

Two people quit before taking up one of the leading roles in world soccer.

Discovery broadcasting executive Susanna Dinnage was hired before quitting in December 2018 before starting at the league.

It then turned to David Pemsel, chief executive of the Guardian Media Group, but he resigned last month — a day after a newspaper published leaked private text message exchanges with a woman. He had been due to start no later than April 2020.

Masters first joined the Premier League in 2006 as its director of sales and marketing. He became managing director in July 2015. He previously worked for the English Football League — the body that runs the three leagues below the Premier League — and the England and Wales Cricket Board.

One of his biggest initial jobs will be to oversee the sale of the league's next round of domestic and overseas broadcasting rights.

Buck added that Masters had served as interim CEO “with aplomb and skill” over the past year.

“This is one of the most incredible jobs in the world of sport,” Masters said, “and I now look forward to leading the league in the many opportunities and challenges that lie ahead."