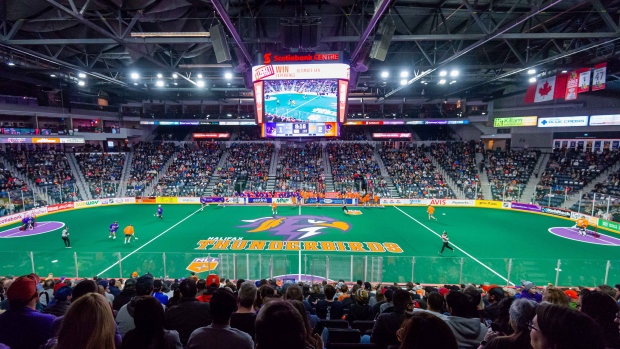 HALIFAX — Rhys Duch scored three goals and Eric Fannell netted the overtime winner to lead the Halifax Thunderbirds to a 12-11 victory over the Saskatchewan Rush in the first game of the National Lacrosse League season for both teams.

Goalie Warren Hill made 39 saves for the win.

Robert Church led the way for Saskatchewan (0-1) with three goals and two assists. Holden Garlent and Jeff Shattler each scored twice. Jeff Cornwall, Ryan Keenan, Connor McClelland and Dan Lintner also found the back of the net for the Rush. Mark Matthews had six assists.

The Rush went 5 for 8 on the power play while the Thunderbirds were 1 for 4.