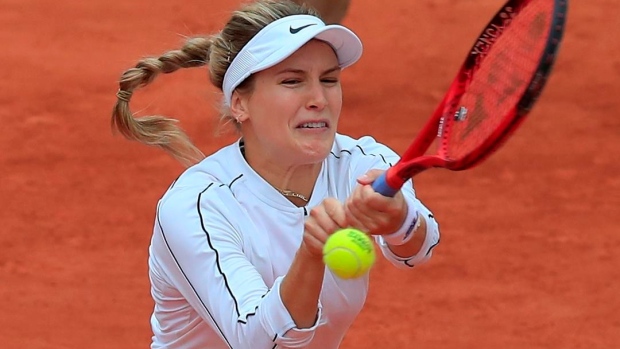 Eugenie Bouchard said Friday she has decided to withdraw from the upcoming Wimbledon tournament due to the WTA's decision not to award ranking points for the event.

Bouchard, 28, explained in a tweet that due to her shoulder injury she gets a limited number of protected ranking entries.

"As much as I love Wimbledon and skipping it makes me sad, using a [protected ranking] entry at a tournament with no ranking points doesn't makes sense," wrote Bouchard.

"I must choose wisely and use my [protected ranking] entries at tournaments that will help me get back to where I want to be."

Bouchard, who has fallen out of the WTA rankings, indicated that she is continuing to train and rehab and plans on returning to competition later this summer.

Bouchard also said she will use her two Grand Slam protected ranking entries for the US Open and Australian Open.

The Montreal native reached the Wimbledon final in 2014 where she lost to Petra Kvitova. Bouchard was ranked at a career-high No. 5 in October of that year.

Bouchard underwent arthroscopic surgery on her right shoulder last June and said at the time that she tore her subscapularis muscle at the Guadalajara Open in March 2021.

She made it to the final round of the tournament before dropping the championship match to Spain's Sara Sorribes Tormo and has not played on the WTA Tour since.