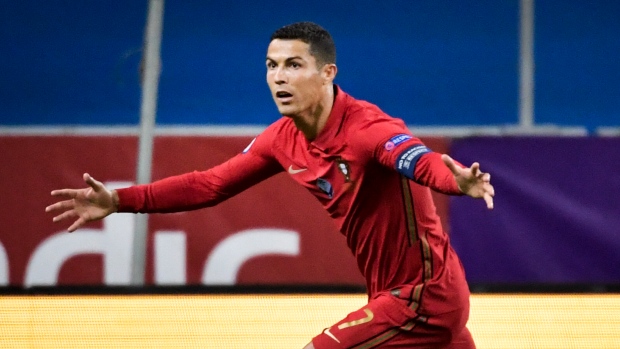 The final group to see action at Euro 2020 is the tournament’s most hotly anticipated – Group F, the Group of Death.

Coverage of Portugal and Hungary starts Tuesday at 11:30am ET/8:30am PT on TSN 1/3/4 and streaming on TSN.ca, the TSN App and TSN Direct.

While the group promises titanic clashes among the last two World Cup winners (Germany and France) and the defending Euro champions (Portugal), there is a fourth team in the group and one that insists isn’t simply around to act as a punching bag for three of world football’s elite teams.

In front of a home crowd in Budapest on Tuesday, Marco Rossi’s Hungary team will stake their claim for respect when they take on Cristiano Ronaldo, Bruno Fernandes and the rest of a star-studded Portugal team.

Hungary’s qualification for the tournament was far from an easy one. Going 4-4 in their eight qualifying matchups left them in fourth place in their group, missing out on automatic qualification. The main reason for Hungary’s struggles was a complete lack of firepower.

The team managed just eight goals in eight games and was shutout in three of their matches. But the UEFA Nations League threw Hungary a lifeline and wins over Bulgaria and then 2016 Cinderellas Iceland gave the Hungarians consecutive Euro berths for the first time ever.

Their reward for qualifying is a spot in arguably the toughest group in the tournament’s history, but Rossi says his team is up for the challenge.

"We will do everything to push ourselves to the limit,” Rossi said. “We know who we're up against. We will keep our feet on the ground, but of course we want to achieve our dreams. Dreaming is free, so we dream. Our dream remains between us, of course. We talk about it and want to live that dream. Let's hope it continues during the Euro.﻿"

Fernando Santos and Portugal enter the tournament with far different expectations than their opponents. After finally claiming their first international trophy at Euro 2016, Portugal looks to become only the second team, following Spain in 2012, to retain their Euro title. Even with Germany and France upcoming on the docket, Portugal can ill afford to overlook Hungary on Tuesday.

“Obviously, as contenders to win, if we don't get through the group phase it will be a failure,” Santos said. “But I don't believe that will happen to Portugal. I think people have the right and are correct to demand that we do everything within our power to win, using our quality, organization, commitment, and I believe we are prepared for that. Portugal have the ability to go toe-to-toe with any team that also has ambitions to win the tournament.”

One unforeseen issue ahead of the tournament is the absence of Joao Cancelo. Fresh off of a breakout season with Manchester City, Santos’s presumed starting right-back is out of the Euro after a positive COVID-19 test. In his stead comes uncapped Manchester United defender Diogo Dalot, who spent this past season on loan at Milan.

Tuesday’s match between Portugal and Hungary will mark the second straight Euro in which these two teams met. The match in Lyon on June 22, 2016 also in Group F, saw Hungary take shock leads on three different occasions – on a goal from Zoltan Gera and a brace by Balazs Dzsudzsak – only for Portugal to equalize all three times, thanks to Nani and two goals from Ronaldo, as the game finished 3-3.

If the match on Tuesday is anything like the one from five years ago, we’re in for a treat.