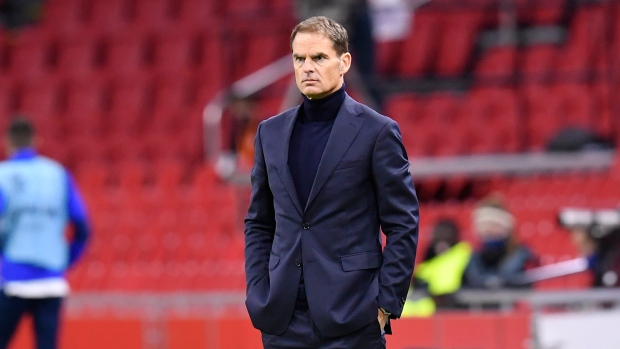 Frank de Boer's time as manager of the Netherlands is over.

The Dutch Football Association announced on Tuesday that the former Ajax and Barcelona defender was stepping down from his role with immediate effect, having taken the job last September after Ronald Koeman departed to become Barca manager.

After a 3-0 group stage, the Oranje was eliminated from Euro 2020's Round of 16 in a 2-0 loss to the Czech Republic on Sunday in which Juventus defender Matthijs de Ligt was sent off.

"I have decided not to continue as national coach,” de Boer said in a statement. “The objective was not achieved, that much is clear. When I was approached to become national coach in 2020, I thought it was an honour and a challenge but I was also aware of the pressure that would be on me from the moment I was appointed.

"That pressure is only increasing now, and that is not a healthy situation for me, nor for the squad in the run-up to such an important period for Dutch football with the World Cup qualification. I want to thank everyone, the fans and the players and the management team who have created a top climate here."

Dutch FA director Nico-Jan Hoogma said that the pre-tournament expectations for the Oranje was to reach the Euro's last eight.

“Despite all of Frank’s efforts, the goal of reaching at least the quarter-finals was not achieved," Hoogma said. "If it had been achieved we would maybe have come to a different outcome [today]. The choice of Frank turned out differently than we had hoped and a successor must now be found. We have an important [2020 World Cup] qualifier against Norway in Oslo on 1 September.”

Prior to taking the national team job, de Boer had managed at Ajax, Inter, Crystal Palace and, most recently, Atlanta United.