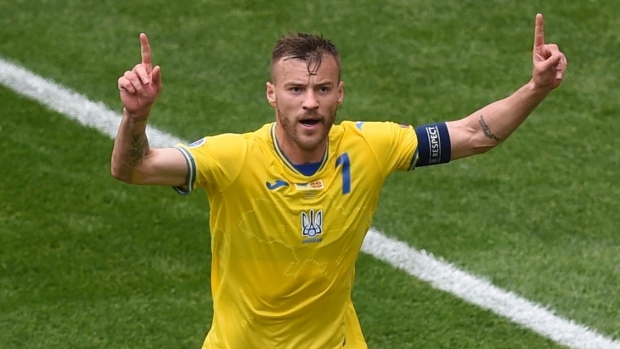 If there is an understanding between Ukraine and Austria heading into Matchday 3 of Euro 2020, it’s certainly an unspoken one. Both teams sit on three points with the final match on the horizon in a tournament where four points has traditionally been enough for passage out of the group stage. It stands to reason, then, that a draw would work out just fine for both teams.

Coverage of Ukraine vs. Austria begins at 12:00pm ET/9am PT on TSN2 and streaming on TSN.ca, the TSN App and TSN Direct.

"We realize that the standings require both teams to play very carefully keeping the score in mind," Shevchenko said. "But both teams will want to win this game. If we think about playing for a draw, it's impossible to really move forward. We have to show our quality and we'll and see the result at the end of the game."

Austria defender Aleksandar Dragovic, for his part, says his team doesn’t intend to leave anything to chance.

"Will a point be enough?” the Red Star Belgrade man said. “We’re not making any calculations. We’re just focused on getting three points, like we were against North Macedonia and the Netherlands."

The chances of claiming those three points against the Oranje never appeared realistic, with Austria falling behind early and turning in what was a largely disinterested performance. Dragovic says that simply can’t happen again.

"We expected a lot of ourselves [on Thursday], but then we obviously went behind after eight minutes and our plan went out the window,” Dragovic said. “We don’t need to dwell on that; we deserved to lose. All in all, I think we didn’t play too badly, but we should have created more. But we can’t let our heads drop – life goes on. Now we need to put all our focus into the final against Ukraine."

Among the chief concern for Austria will be containing West Ham’s Andriy Yarmolenko, a player Dragovic knows well from their time at Dynamo Kyiv.

“He’s incredible,” Dragovic said of the Ukraine winger who already has two goals in the tournament. “We saw with the goal against the Netherlands. He’s dynamic, quick and usually plays on the right wing, which as a left-footer means nine times out of 10 he will cut inside. If you take his left foot out of the game, it’s already a big win."

Historically, this will only be the third meeting between Ukraine and Austria with each team claiming a win in their first two matches. The teams last played one another in June of 2012 in a friendly in Innbsbruck with Austria coming out on top, 3-2. Marko Arnautovic’s two late goals overturned a 2-1 deficit to earn Austria the win. Perhaps the Shanghai Port striker, who is once again available for selection after serving his one-game suspension, can have a similar influence on Monday.