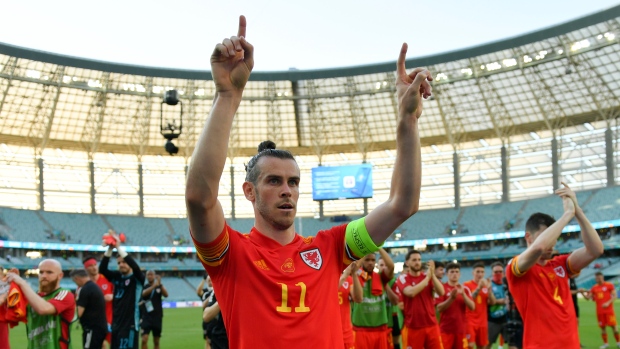 In a meeting of teams that didn’t win their opening matches, Turkey and Wales enter Wednesday’s contest knowing that a loss here will do considerable damage to their aspirations to reach the knockout round and, for the Turks, could spell practical end of their Euro campaign.

Coverage of Turkey and Wales begins Wednesday afternoon at 11:45am ET/8:45am PT on TSN 1/3/4 and streaming on TSN.ca, the TSN App and TSN Direct.

Whether that means a more cautious approach from two teams who were second-best on Matchday 1 remains to be seen, but the gravity of this game is certainly not lost on the two sides.

Still, Turkey captain Burak Yilmaz says the disappointment of the 3-0 loss to Italy on Friday is behind them with his team ready to tackle the task at hand.

"The negative feeling is over,” the veteran Lille striker said. “We’ve talked about our mistakes and I think we’ve identified the problems. I hope [Wednesday] will be different from the Italy game. I believe in us, and I also know everyone in our country believes in us too."

Turkey manager Senol Gunes believes his team can learn from the Italy loss.

"We have not started well, but that does not mean that we will not succeed,” Gunes said. “You can see many examples of that. Both the scoreline and the way we played were not good in the opening match and we need to change that."

With the match being played in Baku, it’s widely expected to be more like a home game for the Turks than the Welsh, and that’s something Yilmaz hopes he and his team can capitalize on.

"Being here in Azerbaijan is great for us,” Yilmaz said. “We can feel the Azerbaijani people's love and support all the time. We were the away side in the opening game [in Rome against the Azzurri], and we felt it 100 per cent. This time Wales is going to have that feeling."

“We’d have preferred to play in front of 34,000 Wales fans, but it’s obviously not meant to be,” Bale said. “To be playing in these tournaments you want to be playing in front of crowds. It’ll be nice to have that atmosphere in the stadium tomorrow.”

Tactically, Gunes says he’s wary of what Wales has to offer.

"Wales are a good team defensively,” Gunes said. “They attack fast, and they are also good at set pieces. This game is like a decider for us, but the Switzerland match will be another decider. Every game is so important and we will do our utmost to win both."

For Wales, the team was fortunate to claim a point against a Switzerland team that was on the front foot for a majority of their match last Saturday. The Swiss thought they had a winner, but it was ruled off for offside on VAR replay.

Welsh manager Rob Page says his team has worked on what went wrong against Switzerland in its preparations for Turkey.

“We’re greedy as coaches and footballers,” Page said. “We’ve addressed it today, we’ve had meetings as a group and worked on different areas we have to improve on. If it all comes together we’re in for a positive performance.”

With Italy the last match on its group-stage schedule, Page and his team are well aware that it would behoove them to take three points against Turkey, but he refuses to call the game a must-win.

“No, we’re just taking each game as it comes,” Page said. “There’s another game to go. We’ve identified this game as one we can do all right in. It’s another difficult game.”

The meeting between the two teams in Azerbaijan will be the first Wales-Turkey encounter since 1997. The last time the pair took the pitch, Turkey was a 6-4 victor in Istanbul during World Cup qualifying with the legendary Hakan Sukur scoring four goals.