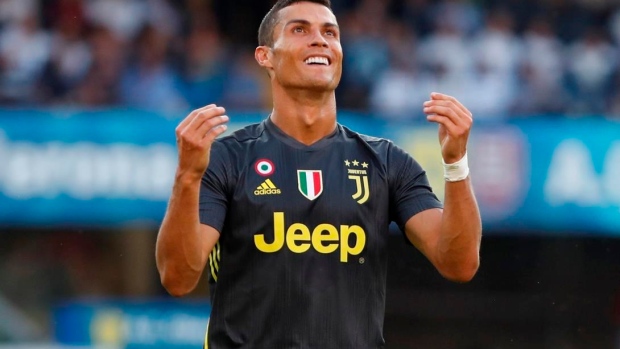 European soccer weekend: What to watch in the main leagues Article Image 0 , The Canadian Press

What to watch in the leading soccer leagues in Europe this weekend:

Arsenal has already made its worst start to a Premier League season, although it was handed one of its toughest starts with games against defending champion Manchester City and then Chelsea. Losing a third successive game, when West Ham visits north London on Saturday, would make life even more uncomfortable for new manager Unai Emery.

Arsene Wenger's successor is trying to introduce a high pressing game, with the Gunners playing out from the back. But those two losses have shown Emery it will take time to transform the team that finished sixth in Wenger's last season.

Six teams have opened the season with back-to-back wins. It's no surprise Manchester City is in that group. City plays at promoted Wolverhampton on Saturday. More noteworthy has been the buoyant start by Bournemouth, which hosts Everton and is chasing a third straight win.

The biggest shock of the season so far was Brighton beating Manchester United. The south-coast side has another challenging assignment on Saturday with a trip to Liverpool.

United has to wait until Monday to play again. With murmurings of discontent around Jose Mourinho, United hosts Tottenham, which has opened its season with two wins.

Bayern Munich begins its quest for a record-extending seventh straight Bundesliga title at home to Hoffenheim in the season-opener on Friday.

The Bavarian powerhouse has a new coach in Niko Kovac following Jupp Heynckes' retirement, but otherwise changes have been kept to a minimum. Arturo Vidal's departure for Barcelona is the only major movement in the squad. Striker Serge Gnabry is back from a loan spell at Hoffenheim but injury will keep him from playing against his former club, which finished third last season.

Schalke, runner-up in May, starts the new campaign on Saturday at Wolfsburg, while Borussia Dortmund hosts Leipzig on Sunday.

Cristiano Ronaldo will have his second attempt at scoring in Serie A in his home debut for Juventus on Saturday against Lazio.

Juventus needed an injury-time winner to open the season with a victory at Chievo Verona, while Lazio lost 2-1 at home to Napoli.

After its first match against Genoa was postponed because of the bridge tragedy, AC Milan kicks off its season against Napoli in a reunion with former coach Carlo Ancelotti.

Ancelotti coached Milan for eight years and guided it to the Serie A title and two Champions League trophies. Inter Milan hosts Torino on Sunday and Roma welcomes Atalanta on Monday.

As the summer transfer market nears its close, Real Madrid visits Girona on Sunday hoping that its forwards can produce enough goals without Cristiano Ronaldo to avoid another shock loss at the modest Catalan club.

Madrid was stunned last season when Girona fought back from a goal down to beat the then defending champions at its Montilivi Stadium.

While Madrid has since lost both Ronaldo and coach Zinedine Zidane, Girona has changed coaches while managing to keep most of its squad intact. Former Real Sociedad coach Eusebio Sacristan replaced Pablo Machin after he took a job with Sevilla.

Girona drew 0-0 with Valladolid at home in the opening round. Madrid got goals from Dani Carvajal and Gareth Bale to beat visitors Getafe 2-0.

A slip by Madrid would add extra pressure for the club to sign a forward before the transfer window closes at the end of the month to help make up for Ronaldo's exit to Juventus.

Barcelona will look to follow up on its 3-0 victory over Alaves in its trip to promoted Valladolid on Saturday. Atletico Madrid hosts Rayo Vallecano after drawing 1-1 at Valencia.

Considering the damage Kylian Mbappe did as a substitute last weekend, Angers should be dreading the trip to play Paris Saint-Germain this weekend.

The 19-year-old Mbappe, who came off the bench to score two expertly-taken goals in a 3-1 win at Guingamp, is set to start Saturday's match at Parc des Princes alongside Brazil star Neymar as PSG gets closer to full strength after the World Cup. Only striker Edinson Cavani, top scorer for the last two years, has yet to play for PSG this season.

Things are more complicated for Monaco, Lyon and Marseille. They were all in the top four last season but have already dropped points.

Lyon has a home match against Strasbourg on Friday night. On Sunday, Monaco travels to play a struggling Bordeaux side which is set to fire coach Gus Poyet. Former France forward Thierry Henry is widely reported to be his replacement.

Marseille, which lost out on signing Italy striker Mario Balotelli from Nice this week, will be relying on its strong home form to beat Rennes on Sunday.