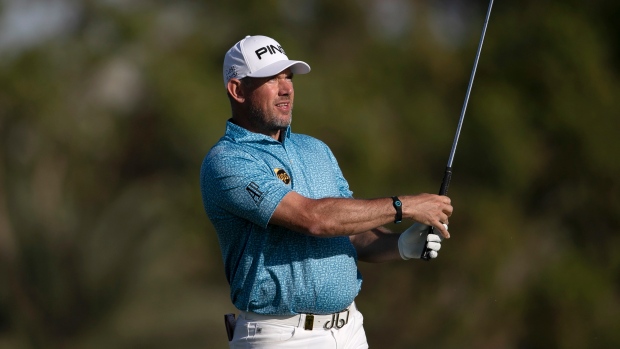 The European Tour plans to resume its season the last full weekend in July with six tournaments in England and Wales that will include COVID-19 testing and depend on the U.K. lifting its quarantine restrictions.

It would start July 22 with the British Masters, hosted by Lee Westwood. The next five in the “U.K. Swing" are new tournaments the European Tour will pay for out of its tournament development fund. Three will be at former Ryder Cup venues — two at Celtic Manor in Wales, one at The Belfry in England.

The purse at each new event is 1 million euros. The tour said it will add 500,000 euros for the U.K. Swing for charities — half for the markets they play, half for the top 10 players from a “mini money list” to decide.

No spectators will be allowed at least for the UK swing.

“There is no question that we're back," Keith Pelley, the tour's chief executive, said in a conference call Thursday.

Pelley expects the rest of the schedule — with hopes for 24 events — to be announced later.

He said the U.K. Swing depends largely on lifting the 14-day quarantine for players arriving from other countries. The PGA Championship in San Francisco is scheduled for Aug. 6-9. If the quarantine is not lifted, top European Tour players would have to choose between a major and four European Tour events with minimal prize money.

“Hotels need to be in operation and the quarantine needs to be lifted to continue with these events,” Pelley said.

He said he was encouraged and optimistic that will be the case, based on numerous conversations with government officials.

“We wouldn't be announcing these events without having had significant dialogue with the UK government,” Pelley said. “They know about the announcements. They're worked feverishly with us.”

The tour returns under an initiative called “Golf for Good,” which Pelley said will underpin the rest of 2020. The key points are the charitable contributions — 50,000 euros to the five venues and 250,000 euros for the leading 10 players from a money list of the U.K. Swing.

He recalled a conversation with one European Tour partner in which Pelley said, “This might not be the biggest event that you have ever done in terms of crowds and hospitality, but it will be the most important event, and it should be the most emotional event.”

The European Tour was last played March 8 at the Qatar Masters. Eight tournaments have been cancelled, including a World Golf Championship in Texas and the British Open. Nine others have been postponed, and officials across several tours worldwide have been trying to piece together the season.

Pelley did not take any questions on the Ryder Cup — with or without fans — except to say it remains on the schedule for Sept. 25-27 in Wisconsin.

The Scottish Open, originally planned for July, moves to Oct. 8-11 and precedes the European Tour's flagship event, the BMW PGA Championship at Wentworth.

He said other events, such as the Irish Open and other key stops in continental Europe, were close to being announced. Pelley was quick to point out the tour's strength — a worldwide tour — has become an obstacle from having to work with so many different governments and their regulations for the pandemic.

“Moving 30 events with one in its place (Dunhill Championship in Scotland on Oct. 1-4) has been challenging," he said.

Andrew Murray, the tour's chief medical officer, says testing will include an antigen test for the coronavirus when players arrive, along with daily thermal readings and questionnaires about their health.

No media will be allowed at tournaments for the U.K. Swing, and the tour expects no more than 500 people on site.

Pelley said fans and hospitality account for only 5% of revenue, so having fans is more important for optics than business. Even so, he expects tournaments to gradually have more spectators.

However the rest of the season is put together, all will offer Race To Dubai points toward the conclusion. The European Tour said no one will lose status for 2021 and there will not be a Q-school at the end of the year.