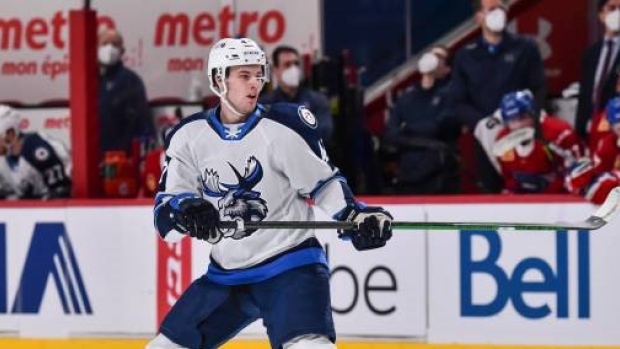 WINNIPEG — The Manitoba Moose returned from a lengthy break due to COVID-19 and defeated the Iowa Wild 2-1 in the American Hockey League Sunday.

Goalie Evan Cormier led the way with 29 saves in his debut with the Moose (16-9-1). Declan Chisholm and Todd Burgess scored the goals.

Kyle Rau replied for the Wild (11-11-4) on the power play in the second period – the only shot to get past Cormier. Trevin Kozlowski stopped 28-of-30 shots in defeat.

The game was played in front of empty stands at Winnipeg's Canada Life Centre due to provincial-health orders restricting large gatherings.

The Moose were playing for the first since Dec. 17 – a 4-1 loss to Iowa. Manitoba had four games postponed due to the AHL's COVID situation.

This report by The Canadian Press was first published Jan. 2, 2022.