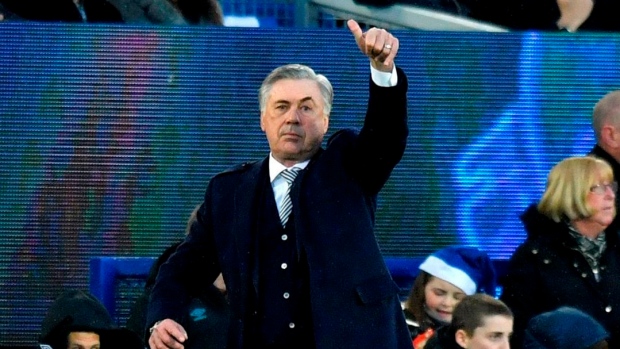 The 29-year-old van Dijk is expected to miss the remainder of the season after picking up an ACL injury during a collision with Toffees goalkeeper Jordan Pickford.

“To be clear, we are really sorry for the injury of Virgil van Dijk," Ancelotti said ahead of Everton's weekend match with Southampton. “Every one of us hopes he can recover soon and well. There was this contact with Jordan Pickford: it was mistimed contact. But the fact the Premier League is so fast, it is not so difficult to arrive a little bit later."

"To say it was premeditated, and this and that, in my opinion, is too much," Ancelotti said.  “Virgil van Dijk knows this. Jordan is really sad, really disappointed [that Van Dijk is injured]. It was a strong contact, maybe mistimed, but sometimes in football it can happen."

Ancelotti also noted that the club will be without James Rodriguez for the Saints match after the Colombia winger picked up an injury during the Liverpool encounter in a coming together with van Dijk.

Through five matches, Everton sits atop the Premier League table on 13 points, one up on Aston Villa.