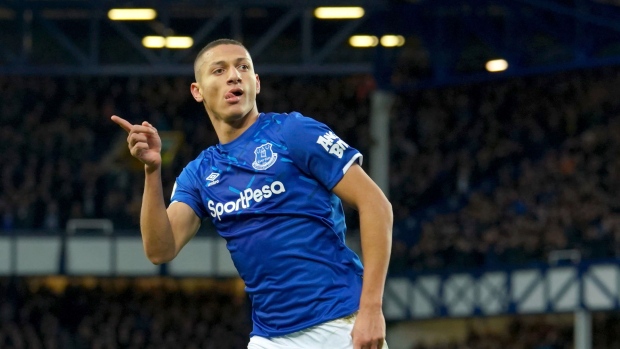 Richarlison's eighth league goal of the season helped to start winning back fans who turned on the team in the wake of their FA Cup loss to Liverpool's second string.

That defeat prompted angry supporters to turn up at the club's Finch Farm complex during the week intent on confronting the players.

How much they were pacified by director of football Marcel Brands remains a moot point, and midfielder Fabian Delph, who was embroiled in a social media argument this week, appears to have more than most to do to repair the damage as he was booed on his appearance as a second-half substitute.

Had Seagulls substitute Glenn Murray put away a chance with two minutes left, Goodison Park would have turned on the players again after they spurned a number of chances.

The win lifted Everton to level on points with 10th-placed Arsenal.

Brighton, missing influential midfielder Aaron Mooy through injury, was four points behind with only one win in its last nine games.