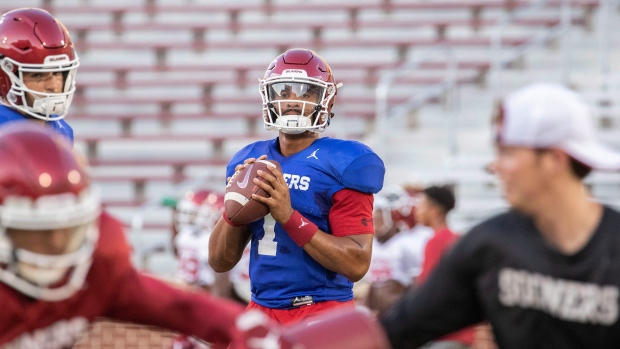 NORMAN, Okla. — No. 4 Oklahoma has named Jalen Hurts its starting quarterback for the Sept. 1 season opener against Houston.

Hurts played in three national championship games for Alabama and helped the Crimson Tide win the 2017 national title. He transferred to Oklahoma in January and has won the job over redshirt freshman Tanner Mordecai and true freshman Spencer Rattler.

Hurts started the 2016 and 2017 seasons and led Alabama to a 26-2 record. He lost the starting job to Tua Tagovailoa in 2018 but still played in 13 games. He replaced the injured Tagovailoa in the fourth quarter of the 2018 SEC championship game and rallied the Crimson Tide to a 35-28 win over Georgia.

Oklahoma made the announcement Monday.