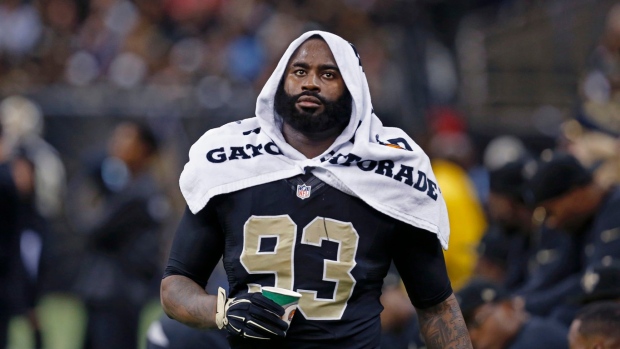 RICHMOND, Va. - Pass rusher Junior Galette visited the Washington Redskins on Thursday to take a physical and meet with coach Jay Gruden and general manager Scot McCloughan, less than a week after being released by the New Orleans Saints because of off-field problems.

Galette was arrested in January after an alleged domestic dispute. Charges were dropped, but the episode remains under review by the NFL. The league also is reviewing a video which shows a man resembling Galette in a fight on a beach.

"Obviously, he's had some issues in the past. But we like to draw our own conclusions about every individual that we bring into this building. And we'll go from there," Gruden said Thursday, before Washington's first practice of training camp. "It's very early right now. I haven't had a chance to talk to him at all. So until I do, I won't draw any conclusions on what's happened to him in the past."

The Redskins are trying to find an effective pass rusher opposite outside linebacker Ryan Kerrigan. Brian Orakpo left as a free agent this off-season, joining the Tennessee Titans.

Galette led the Saints with 10 sacks last season after ranking second on the team with 12 in 2013.

In 2014, Galette was a Saints defensive captain and was given a $41.5 million, four-year contract extension. But he's had his share of troubles away from the game, including getting kicked out of college at Temple when a relative staying with him was caught with a stolen laptop.

After his more recent issues, the Saints informed Galette last week they would be cutting him, then made the move official Monday.

"We're going to get a physical on him ... and then we'll get a chance to talk to him. He'll meet with Scot, he'll meet with myself," Gruden said. "And we'll make a determination on where we go from there."