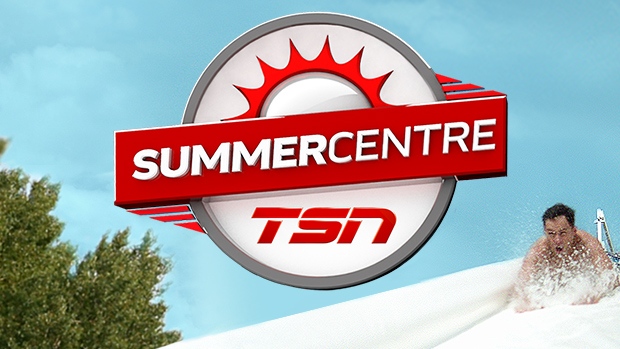 The shuttle bus turned into a hidden driveway and began to slowly pull up a long, thin dirt road. The road was so narrow that an oncoming golf cart was forced to pull over into knee-high shrubbery in order for the bus to safely pass.

Jaws began to drop as the bus approached the opening.

Large fields to the left and right as far as the eye can see protected a massive property from the outside world.

To the right were fenced-in soccer pitches surrounded by bleachers and a blow-up pavilion with beanbag chairs. To the left were rows of empty kegs arranged opposite one another, numerous Volley Pong lanes and a racecourse cut out of the tall grass.

This was the Coors Light Games: Nationals and the party was just getting started. 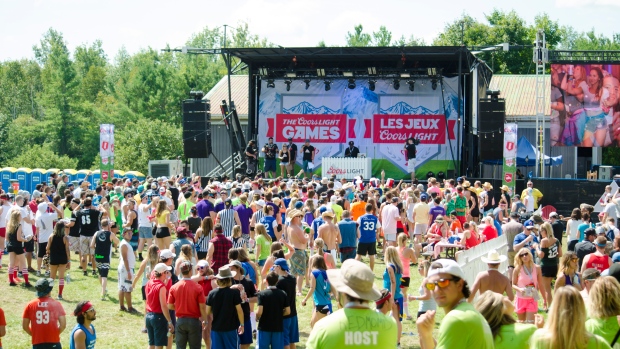 People were hustling around the entrance of the property like ants coming to and from the hill, all with a specific purpose. There was a buzz in the air and this was only just the beginning.

Bright red lips and big smiles greeted us as The Coors Light Games girls offered to show us what all of the fuss was about. The matching tank tops and jean shorts made it impossible to get lost, thankfully.

As we followed further into the property we came to an opening that revealed a massive waterslide, giant Jenga sets, a Frolf course (frisbee golf), an oversized, inflatable pool and a massive stage with a DJ spinning tunes as though he had been grooving all night. It was only noon and the place - and every activity station - was as busy as a popular nightclub.

It was a field of dreams with hundreds of beautiful ladies and handsome gentlemen itching to begin the long day of heated competition. 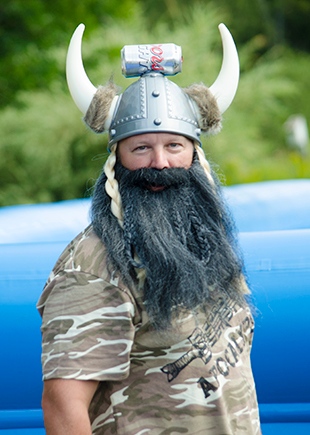 “The journey’s been tough,” Silver Bullets team member Graham Schenck said. “It’s been a lot of training, a lot of time, a lot of energy, a lot of busy weekends, early mornings but at the end of the days it’s worth it 100 per cent to go home with the win.”

The teams that found there way to Nationals were not only skilled in the art of backyard summer games, they also had plenty of style as well.

Aside from the array of bikinis, tights, jerseys, shorts and pumped-up kicks, there were also Coors Light Vikings, the Power Rangers and even the Average Joe’s and Globo Gym Purple Cobras from the movie Dodgeball: A True Underdog Story. There was so much life and enthusiasm behind every costume and the characters shone brightly.

“I love seeing people from all across Canada dressed in loud costumes and playing games that you would play with your boys but taking it very seriously,” TSN’s own and Coors Light Games co-host Cabbie Richards said. “I know these are fun cottage games, but once you get into it, your competitive juices start flowing.”

The competitive juices were flowing for the entire two-day event. After all, despite all the fun, there was plenty at stake for everyone involved.

“People were hustling, man. People really wanted to win this thing,” member of the Toon Squad Mitchell Thom said.  “People want the bragging rights of saying they went to this amazing event and came out on top of all teams, so people were warming up, doing stretches before the events started.” 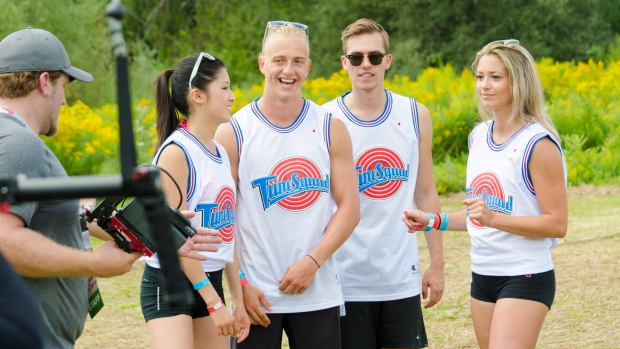 Before the Games began, teams were walking around with their heads held high, eyeing down their upcoming opponents and giving high fives and cheers to friends they met along the way.

Like an All-Star Game, these were the best of the best gathering for the competition – and party – to end all competitions – and parties. 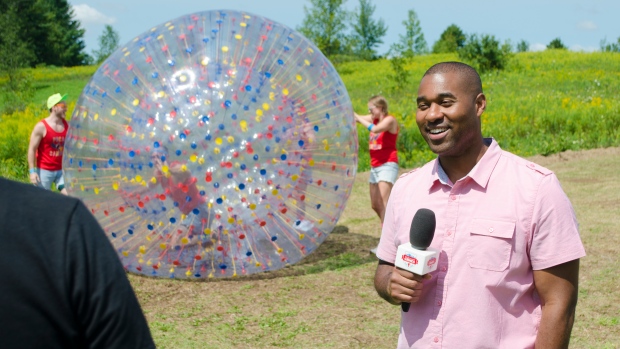 The day started with the Zorb Croquet, where one member of the four-person squad would get inside the inner circle of a giant inflatable ball. Teammates then had to push the ball around a course in the timed event. The best strategies for some featured skilled inside technique, with the finest athletes managing to grind through the entire race standing up, while others inside the balls couldn’t keep up with the speed and were forced to tuck and roll.

One team even managed to stop for a quick selfie before the finish line, however, here’s guessing their time wasn’t near the top of the table.

One of the most popular events of the day was, of course, Volley Pong. It is definitely the most familiar backyard game and this is where the game faces stood out the most. Between a full aerial assault from one squad – taking no time between shots – to other teams patiently picking each target before throwing, the competition was fast and fierce.

Ready to get some W's today at the #coorslightgames #lifesizebeerpong

And what would an elite athletic (kind of) competition be without a golden goal?

As the sun set and the darkness began to take over the property, the final Bubble soccer game of the evening was down to one final score for the title. As teams furiously slammed into each other with no regard for gravity, a ball deep in the defensive zone popped out into the middle of the field and was buried into the back of the net.

Confetti bombs burst into the air and powder cannons exploded, covering the spectators in glorious Technicolor as they rushed the field in stunning jubilation!

It was all for the sake of fun, bragging rights and the claiming the prize of Coors Light Games National champions.

“Getting to do something you truly love, something that ties into what you’re passionate about - sports, entertainment, having a lot of fun and getting people to have a great … that’s what this was all about,” Senn said.