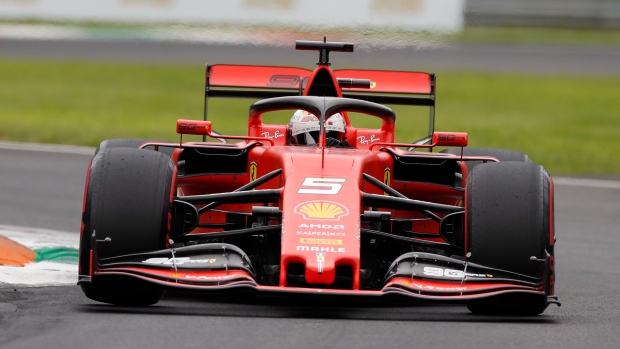 PARIS — Formula One's governing body has defiantly defended its decision to reach a confidential settlement with Ferrari following an investigation into the team's engine last season.

Reaffirming its position as the sole rule-maker in the racing series, the FIA insists it followed the correct procedure to establish if Ferrari's engine exceeded its maximum permitted fuel flow.

“This type of agreement is a legal tool recognized as an essential component of any disciplinary system and is used by many public authorities and other sport federations in the handling of disputes,” the FIA said in a statement on Thursday, concluding, “The FIA will take all necessary action to protect the sport and its role and reputation as regulator."

Seven F1 teams co-signed a statement on Wednesday opposing the settlement with Ferrari, angry that no details were given when the FIA published its verdict last week.

Questions were raised by teams and drivers last season as to whether Ferrari's fuel-flow meter was bypassing the regulatory amount of 100 kilograms per hour. They argued that this may have been influencing Ferrari's notably superior speed on long straights, and its run of six straight pole positions.

“The extensive and thorough investigations undertaken during the 2019 season raised suspicions that the Scuderia Ferrari PU could be considered as not operating within the limits,” the FIA continued in its statement on Thursday.

“The Scuderia Ferrari firmly opposed the suspicions and reiterated that its (engine) always operated in compliance with the regulations. The FIA was not fully satisfied but decided that further action would not necessarily result in a conclusive case, due to the complexity of the matter and the material impossibility to provide the unequivocal evidence of a breach.”

The FIA therefore decided to “enter into an effective and dissuasive settlement agreement with Ferrari” to end the matter and avoid “negative consequences that a long litigation would entail.”

The vagueness of last week's conclusion — which did not say whether the engine was legal or not, what the settlement was, or what commitments Ferrari has agreed to — angered the seven F1 teams into forming a collective response on the cusp of the new season.

“We, the undersigned teams, were surprised and shocked by the FIA's statement,” the co-signed statement read. “After months of investigations, that were undertaken by the FIA only following queries raised by other teams, we strongly object to the FIA reaching a confidential settlement agreement with Ferrari to conclude this matter.”

The only three teams not signing were Ferrari, Alfa Romeo and Haas, who all use Ferrari engines.

Prior to the U.S. Grand Prix last November, the FIA responded to a query from Red Bull by issuing a technical directive before the race.

When Ferrari dropped off somewhat, Red Bull driver Max Verstappen said in the post-race news conference: “Not surprised, at all, about it. After what came out. So that explains everything."

The season-opening Australian GP is in Melbourne on March 15.