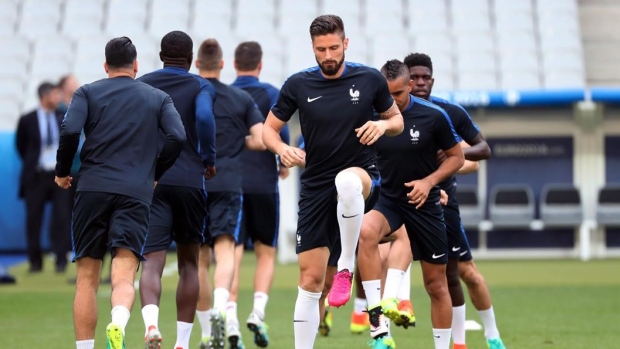 If strikers Karim Benzema and Olivier Giroud are both cars, then they're not in the same class.

Or so says Real Madrid's Benzema about his former France teammate. Asked about the Chelsea striker during an Instagram Live Q&A, Benzema was less than kind in his assessment of Giroud.

"You can't confuse an F1 car with a go-kart and I'm being kind," Benzema said. "I know I'm a Formula 1 car. It works because he's there, that's it. It's not going to be spectacular."

Benzema hasn't played for France since 2015 when manager Didier Deschamp dropped him amid a formal investigation into Benzema's role in an alleged extortion plot involving France teammate Mathieu Valbuena.

The 32-year-old Benzema added that Giroud's success is largely due to work-rate rather than skill.

"[Antoine] Griezmann and [Kylian] Mbappe get seen more while he rolls his sleeves up and does the dirty work," Benzema said. "But does everyone like his game? I don't know."

A native of Lyon, Benzema scored 21 times in 87 appearances for Les Bleus.

The 33-year-old Giroud has made 97 appearances for the national team and was a member of France's 2018 World Cup-winning side. Giroud has scored 39 times in a France shirt.