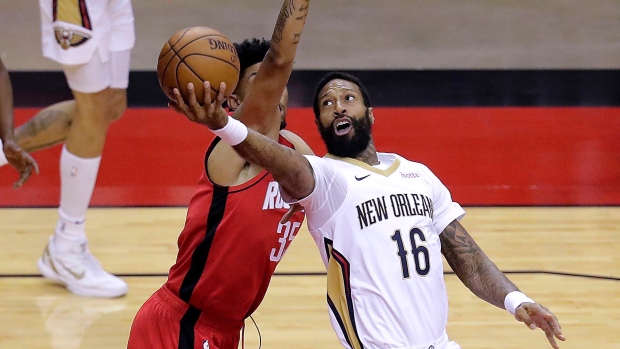 It's playoff time for some of you, and in that case, I wish you luck.

Most leagues won't begin the postseason until next week or the following one, so for those winding down the regular season, you fall into one of four categories:

1. Under Pressure: You're fighting tooth and nail for a playoff spot and need a good result this week and/or next.

2. Eyeing a prize: You're in the mix for first, perhaps to win "something" or even earn a bye week in the playoffs.

3. Middle of the road: You're secure in a spot and can't really fluctuate up or down significantly.

4. Eliminated: You're figuratively or mathematically eliminated. If so, better luck next season.

If you're a three, use that flexibility to look ahead to the playoffs and see what pickups may be beneficial to you at that point.

If you figure into category two, try and win this week without sacrificing any of your playoff potential. Finishing first is great, but ultimately no one remembers who wins the regular season.

For ones, obviously it's essential to try and maximize this week.

In that case, this is who I'd take a look at:

**Note that I've indicated their rostered percentage in ESPN leagues in brackets.

Zion Williamson and Brandon Ingram have both been on the shelf with minor injuries, but Johnson is putting up numbers in their absences: 17.0 points, 4.7 rebounds, 3.7 assists, 1.3 steals and 2.3 blocks on 52.8 per cent shooting in three games. The wheels can come off this train quickly, but with Josh Hart and Nickeil Alexander-Walker also expected to miss some time, riding JJ's hot hand is a good idea. Pick him up and see where this leads.

The reunion of CoJo and Dwane Casey has been fruitful for fantasy owners. Over the past week, Joseph has been a fantasy stud for the cellar dwelling Pistons: 12.0 points, 5.8 assists, 2.3 rebounds, 2.0 steals, 0.5 blocks on 54.8 per cent shooting. That's good for 25th in ESPN's player rater! The Pistons play five times this week, so even if those numbers level off, Joseph can still provide volume.

The Clippers have a soft four-game schedule this week against the Blazers, Suns, Rockets and Pistons, with the Phoenix and Houston games going back-to-back. Paul George is battling a toe injury, and Kawhi Leonard is a good bet to sit once this week, so Mann is a credible option for those seeking scoring and decent efficiency without defensive stats. Over the past two weeks, Mann is averaging 13.6 points, 6.9 rebounds, 2.8 dimes on 50 per cent shooting while turning it over less than once per game.

Flynn is a bit of a shot in the dark, but Kyle Lowry is likely out for another week and Fred VanVleet is battling a strained hip flexor. The Raptors play five times this week (including tonight) and the rookie figures to get some minutes. His line on Friday against the Warriors was promising: 16 points on 7-of-12 shooting, five dimes, five boards and a pair of steals.

Allen is coming off a pair of big performances: 15.0 points, 4.5 triples, 4.0 rebounds, 1.0 steals and 1.0 blocks. His minutes are hovering in the mid-twenties over the past month, so everyone's favourite Dukie is getting a chance to sink or swim on a nightly basis.