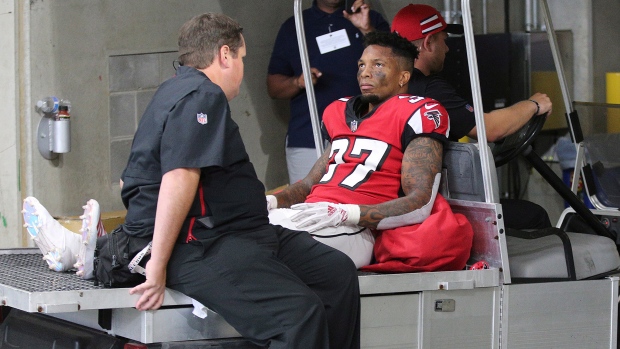 The team made the announcement a day after the Falcons' 43-37 loss to the Saints in overtime. Allen was carted off the field in the middle of the fourth quarter.

The fourth-year veteran from Purdue is the leader of the Falcons' defence. He has played both safety spots and nickel cornerback.

That left a void in a unit that lost starting strong safety Keanu Neal to a season-ending knee injury in the season opener. Starting middle linebacker Deion Jones is out for at least eight games because of a foot injury. Neal and Jones were Pro Bowl alternates last season.