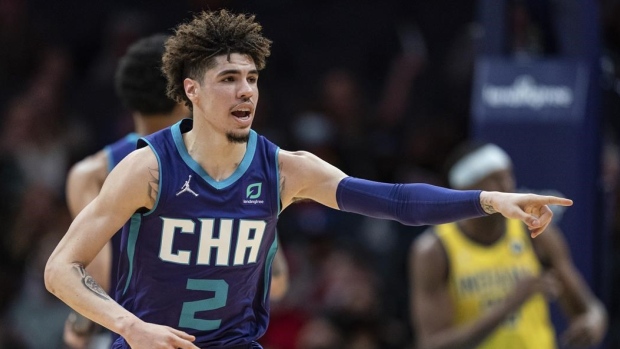 We’ve hit the quarter mark in the NBA regular season but in the fantasy basketball world, head-to-head leagues have wrapped a third of their regular season.

It’s a fine line balancing your preseason projections with present day observations. With six weeks in the books, which players deserve a reassessment?

Some players have battled injuries, some players have benefited from empty rotation spots. The key at this stage is to not get hung up on a player’s shortcomings or hot streak and to focus on what they can sustainably contribute moving forward.

Here are some of our notable risers and fallers.

If Murray simply shot the same percentages as his past four seasons, he’d be a top 10 asset. A popular breakout candidate, he’s emerged as the true beneficiary of San Antonio’s mass exodus, seeing a 50 per cent lift in assists, 40 per cent jump steals and 20 percent boost in scoring. Excluding his efficiency, the arrow is pointing up in every single stat category. He is just one of three players to average eight boards and assists (Luka Doncic and Russell Westbrook are the others), he’s third in the league in steals, and only playing 34.8 minutes per game which isn’t unsustainable. Given San Antonio’s current roster, he’s the undisputed leader and will evolve as the future of their franchise. I project Murray’s rest of season production to be higher than blue-chip names like Jayson Tatum or Bradley Beal.

LaMelo came into this season with wild expectations yet is somehow exceeding them. Pegged as a mid 2nd-rounder in most fantasy drafts, Ball is performing like an early first-round pick. In comparison to his rookie season, Ball has made strides in nearly every statistical category while seeing an uptick in usage (24.7 vs 26.5 per cent). He’s sixth in the league in assists, 10th in steals, and is the fourth best rebounding guard in the NBA. The Hornets are in the thick of the playoff picture with a 13-10 record, and LaMelo’s 33 minutes a night mean this production is sustainable while he still scratches the surface of his potential. If there’s a GM who wants to sell high on LaMelo, find a way to make that deal happen.

I said it after preseason and I say it today – Vucevic is Chicago’s fourth best player. Now that the sample size is large enough, it’s clear his shot volume and usage rate will never return to his Orlando days. He’s taking six less shots a game all while playing the same minutes. Strangely his percentages are projected to be a career-worst (excluding his rookie season). With the Magic, he was given more flexibility to find his shots and took a significantly higher proportion in the mid-range. With the Bulls, you’d think they banned him from operating beyond the paint and three-point line. He’s Chicago’s only reliable option at centre, holds a critical role for this upstart team, but if you can find a manager who believes he’ll return to his Orlando utility, offload him now. Vucevic probably finishes as a top 40 asset.

A lot of Tatum’s value hinges on his ability to shoot friendly percentages, and that hasn’t been the case this season. Not all of this is his fault though. Jalen Brown has missed multiple games with a hamstring injury, and without Boston’s other true shot creator, Tatum’s been burdened with carrying the offence on a nightly basis. Tatum’s shooting has taken a hit across the board, while his assists and defensive stats aren’t robust enough to compensate for his current inaccuracy. The outlook on the rest of his season will come down to whether his shooting corrects. If you think it will, this is actually a good buy-low opportunity. If not, Tatum will resemble a top-35 player as opposed to a top-15 one.

REST OF THE LEAGUE STOCK UP

Even though his ROTY pricing dropped to fourth at one point, Cunningham has the best chance to run away with the award. Drafted as a top 75 asset in the majority of fantasy leagues, the first overall pick missed five of Detroit’s first six games with an ankle injury and stumbled out of the gate. His fantasy managers might be reeling as he’s ranked just 155th in nine-cat leagues and has never shot over 50 per cent in 15 NBA games. The shooting woes are concerning, but I don’t bucket him in the same category as Jalen Suggs, Jalen Green or Josh Giddey (fellow lottery rookies). They’re all struggling with their stroke from three, but Cunningham is getting a significantly higher proportion of his shots wide open. He’s just missing right now. Of his 7.3 three-pointers per game, 59 per cent of those attempts are classified as wide open whereas Green is just 36 per cent. He’s playing within Detroit’s offence, displaying a high floor on the defensive end and contributes in seven of nine categories. Make a trade now as his value should only get higher.

The 3rd-year point guard is coming into his own offensively, presenting danger with his ability to create as a passer and dribbler. The floater is emerging as an elite move in his bag, keeping defences on their toes because of the option Garland has to take it or hit either Jarrett Allen or Evan Mobley with a lob. His 53.7 effective field goal percentage is 7th amongst point guards, and his efficiency as a scorer in the mid-range is only behind Chris Paul and Mike Conley amongst point guards at 51.5 per cent. Garland now has even more freedom in the backcourt with Collin Sexton done for the year, and since Sexton’s been out, Garland’s averaging 21.5 points and 6.8 assists. The turnovers are going to remain high all season, but the elevator is going up for him as a scorer and playmaker on a team competing for a playoff spot.

REST OF THE LEAGUE STOCK DOWN

With Head Coach Tom Thibodeau recently announcing Walker is out of the rotation, this submission might feel obviously but I want to paint a clearer picture about his downfall. Basketball fans know Walker as a slashing, speedy point guard who historically got himself to the rim, was capable of playmaking for teammates and hitting clutch shots. Unfortunately, it seems his body is pumping the breaks. Two seasons ago after being traded from Charlotte, Walker averaged 20.4 points per game with similar percentages. What has changed is his shot type. During that season, 31 per cent of his shot attempts classified as cutting, driving, or running to the rim. With New York, that’s dropped to 19.2. In this current offence, he’s almost strictly become a three-point specialist. Making matters worse, the Knicks are so deep at guard, it was always a threat that playing time would dwindle with Thibodeau’s love of Derrick Rose and the presence of Immanuel Quickley and Alec Burks. Sadly for Kemba, the only way back to fantasy relevance is a trade or injury.

I came into the season extremely bullish on Adebayo, but he’s been a disappointment. Miami’s addition of a true point guard in Kyle Lowry was naturally going to cut into Bam’s assists, but his scoring has flat lined and his career mark of a 1.8 per cent block rate has dipped to 0.5 per cent this year. A decline in his assists and blocks needs to be offset by a significant scoring bump in order for Bam’s level to resurface to pre-season expectations. Unfortunately, those touches are currently going to Tyler Herro and Jimmy Butler. Selling low on Bam isn’t recommended, but if someone is willing to offer up fair value in a deal, do it.