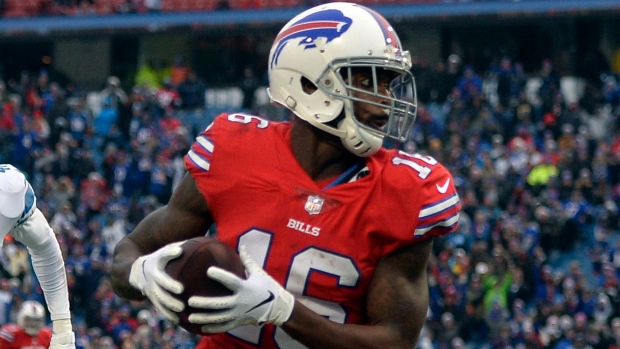 This is the most important week of the year in fantasy sports, reserved for an exclusive club of those who have made it to the finals.

We are well past the days of scrambling for potential future standouts on the waiver wire. If you are still playing for something this week, it's sort of a reward for your efforts in free agency. You may have key players that you landed from the waiver wire and at this point, much of your starting lineup is established.

Not much room for any newcomers who have not contributed enough statistically throughout the year to suddenly land on your roster when it counts the most.

But there are some instances where injuries will force you to add a free agent in hopes they can deliver you a championship in one game.

Plus, many fantasy players play matchups in their flex spots. Here are some final adds who could potentially plug a hole and contribute to your title:

JAMAAL WILLIAMS, Packers (12.1 per cent owned): It looks like Aaron Jones will miss this week's upcoming game against the Jets because of a sprained knee. Williams stepped in as the top RB for the Packers last week and rushed for 55 yards and a TD on a dozen carries. New York is 10th vs, opposing RBs in fantasy points per game allowed, but Williams should get enough of a workload to merit flex consideration.

KALEN BALLAGE, Dolphins (0.5): The rookie took advantage of his first prime opportunity for playing time last week, rushing for 123 yards on 12 carries vs. Minnesota, including a 75-yard scoring run. Frank Gore is done for the rest of the season with a foot injury and Ballage could now take over a bigger role in the Miami backfield beginning this week. But he is a risky play because he has not been on the field much this year and the Jaguars rank fifth in FFPG allowed to running backs.

KEITH FORD, Bills (0.0): Injuries have decimated the Buffalo backfield to the point where this undrafted rookie may have to start against New England. Ford carried 14 times for 46 yards in Week 15 and should only be utilized as a super desperation play in larger leagues.

ROBERT FOSTER, Bills (3.3): Don't be shy because of the reputation of the Buffalo passing game. There is nothing else Foster needs to do to prove he deserves starting consideration for lineups. He's the one true waiver gem still remaining out there, with three 100-yard games and four of 90-plus in his last five.

JORDY NELSON, Raiders (32.6): Many have written him off in his post Green Bay days, but Nelson has resurfaced recently to post quality totals, especially in point-per-reception leagues, where he has logged three consecutive double figure performances. Nelson has 22 receptions in his past three games. The Broncos are 18th in FFPG against opposing WRs, so Nelson could deliver another respectable outing this week.

DAESEAN HAMILTON, Broncos (24.1): He was added in 18.5 per cent of leagues last week and needs to be taken off the waiver list in more if he is still available. The rookie has caught seven passes in each of the last two games on 21 targets and appears to have the confidence of QB Case Keenum. Hamilton is getting looks on all types of routes and appears to be emerging as the most viable Broncos WR with Emmanuel Sanders out.