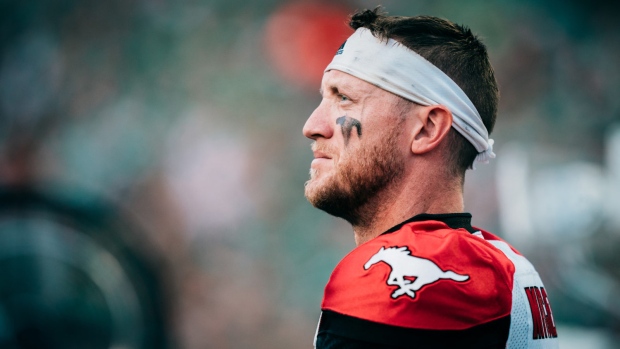 The federal government has denied the Canadian Football League’s request for a $30 million interest-free loan that was to be directed towards playing a shortened 2020 season.

According to a federal source, the government has directed the league to explore various programs created to assist Canadian business during the pandemic, while at the same time committing to work with the league to examine what role it can play in ensuring its long term viability.

Federal source says government has denied @CFL’s request for $30 million loan to be directed towards shortened 2020 season. It has committed to work with the league to see what role it can play in its viability beyond ‘20. CFL’s BOG could determine fate of season on Mon. #CFL

Conversations with @CFL sources over past several weeks have indicated it is unlikely owners would stage a shortened 2020 season without federal assistance. #CFL

The CFL regular season was to begin in June but was postponed due to government regulations that prevent fans from attending games, cutting-off the league’s primary revenue streams. For months, the league has been lobbying the government for financial assistance, eventually arriving at a $30 million loan request, $20 million of which was to be used to pay players, $8 million for a Winnipeg-based hub and $2 million for a contingency fund. The request also required approval of Health Canada.

But according to a source, the league learned on Friday that financial assistance under the terms of its request would not be forthcoming. It is now up to the league’s nine governors, who meet on Monday, to determine the fate of the 2020 season.

While this feels like a “bad news” day for the @CFL I have never believed the league’s survival was tied to playing this season. If season is cancelled, work on 2021 can begin now, instead of December. And there is much work to do. That said, this is terrible for the players.#CFL

While other leagues such as the NHL, NBA and MLB have managed to play during the pandemic without fans in the stands, the CFL’s business model derives a greater percentage of its revenues from game-day such as tickets, suites as well as food and beverage. And while there was a strong effort to play this season by both the league and its players association, the league’s economic future was going to be treacherous with or without a season.

The league's three publicly-owned teams in Winnipeg, Saskatchewan and Edmonton, are expected to bleed their reserves by the end of the year. And its private owners will suffer significant losses, with no revenues aside from season ticket deposits taken during last off-season.

It will now be up to those nine teams to determine whether to reach deeper into their collective pockets to fully fund a proposed six-game regular season and playoffs, which was to begin in late September or early October.

If the league decides to cancel the 2020 season, it will mark the first time the Grey Cup is not awarded since 1919.