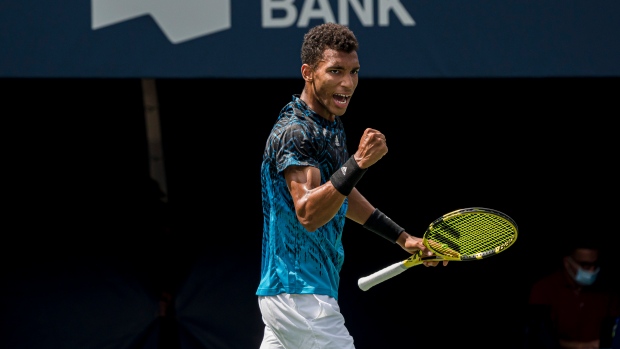 Fucsovics forced the first-set tie-breaker but it was the Canadian who then dominated, reeling off seven straight points for the set.

There was a rain delay early in the second set, When play resumed, Auger-Aliassime took control as he broke three consecutive times to secure the match.

Auger-Aliassime recorded 23 winners and won 68 per cent of first-serve points.

This report by The Canadian Press was first published Aug. 16, 2021.