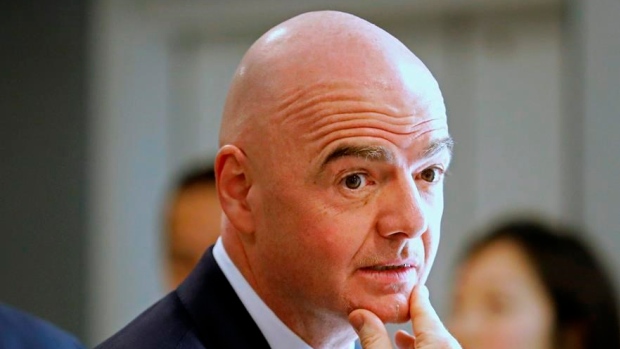 ZURICH — FIFA has cancelled plans for its ruling council to travel to South America next month for a two-day meeting.

Informing the 37-member panel of a replacement video conference call hosted at its Zurich headquarters on March 20, FIFA secretary general Fatma Samoura cited concerns on Tuesday expressed by some members of their long travel times to Paraguay’s capital, Asunción.

Samoura noted “widespread concerns” about international travel during a viral outbreak in China, plus cost and environmental efficiencies as worthy reasons for changing plans.

The decision comes during a month of tension between FIFA and leaders of African soccer, and a renewed alliance between the governing bodies of the game's traditional continental powers, Europe and South America.

Since Gianni Infantino was elected FIFA president in 2016, the council he chairs has stopped meeting in Zurich in favour of holding sessions around the world.

In his most recent visit to Africa this month, Infantino's vision for African soccer competitions and governance was poorly received in Morocco. The leadership of the 54-member Confederation of African Football then decided not to extend Samoura's six-month emergency oversight of the Cairo-based body which has been rocked by claims of financial mismanagement.