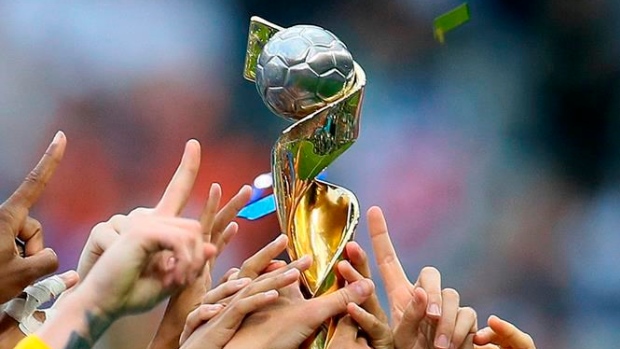 FIFA's Council has unanimously approved expanding the Women's World Cup from 24 teams to 32 for 2023 and has reopened bidding to host the tournament but made no mention of changing prize money.

FIFA said Wednesday the decision was made remotely.

Nine national associations had expressed interest in hosting and were due to submit their formal bids by Oct. 4: Argentina, Australia, Brazil, Bolivia, Colombia, Japan, New Zealand, South Africa and South Korea, which could bid jointly with North Korea

Under the new timetable, any national association has until December to make a bid. FIFA expects a bid evaluation report next April and a decision the following month.

After the U.S. won the women's final in Lyon, France, fans in the stadium chanted "Equal Pay!"

Infantino said in a statement that "this is the time to keep the momentum going and take concrete steps to foster the growth of women's football" and "it means that, from now on, dozens more member associations will organize their women's football program knowing they have a realistic chance of qualifying."

"We have a duty to do the groundwork and strengthen women's football development infrastructure across all confederations," he said.

Infantino also has proposed a Women's Club World Cup and creating a women's world league. FIFA is also doubling the funding being made available to women's soccer in the next four-year cycle to $1 billion.