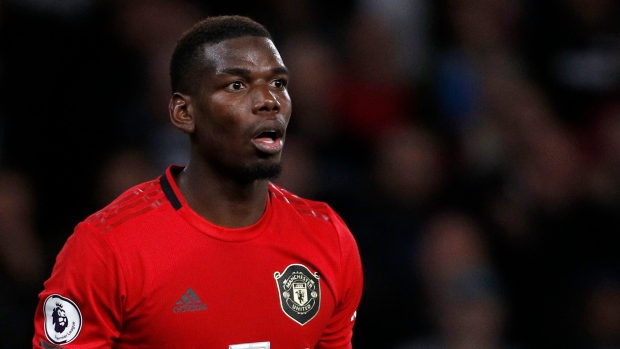 FIFA has told soccer's biggest agents, who are resisting limits to their cut of player deals, that there is a need to "curb the excesses" of the $7 billion annual transfer market.

Agent earnings from transfers would be capped at a maximum 10% of fees when acting for the selling club under changes approved by the FIFA Council that are due to be introduced from 2021.

Agents Mino Raiola, Jonathan Barnett and Roger Wittmann, who have brokered some of the game's biggest deals in recent years, complained to FIFA they were not consulted and that the new regulations would be "anti-competitive and unlawful."

FIFA officials responded in writing to the agents on Tuesday, saying there was an "extensive consultation process with all the main stakeholders," including agents as a well as "robust research."

In correspondence seen by The Associated Press, FIFA told the agents "the cap on fees is just one element" of reforms intended to "protect the integrity of the system and to effect reasonable and reasonable regulation."

Juventus gave 27 million euros ($30 million) to Raiola from the 105 million euros Manchester United agreed to pay as a then-world record fee for Paul Pogba in 2016, representing a cut of around a quarter of the deal. Raiola also was paid millions more by Pogba and United.

New rules are also due to cap the agent's fees at 3% of a player's salary, or 6% when they are also acting for the buying club. Agents would be prohibited from representing both the buying and selling clubs in a transfer.

"In so doing, the measures aim to eliminate or at least reduce the abusive and excessive practices which unfortunately have existed in football."

Calling the process undemocratic, Raiola, Barnett and Wittmann told FIFA they should be allowed to earn as much from a deal as the players or clubs approve.

"Far from being anti-competitive or in any way illegal, the measures proposed by FIFA are moderate, well thought out and reasonable," FIFA responded.