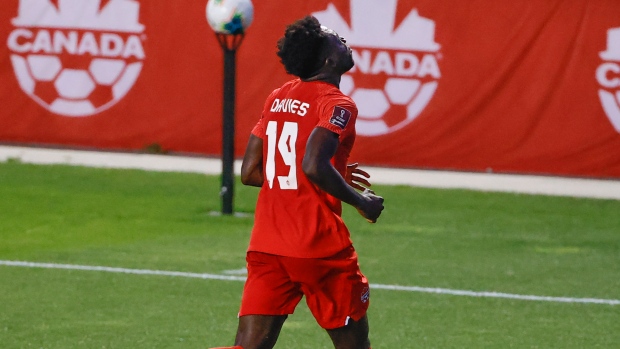 BMO Field will be the site for Canadian men's games against Honduras on Sept. 2, El Salvador on Sept. 8 and Panama on Oct. 13.

Canada has not played at home since Oct. 15, 2019, when it defeated the U.S. 2-0 in CONCACAF Nations League play. It has played 15 matches on the road since, including 11 this year.

The September and October matches mark the start of play in the final round of CONCACAF World Cup qualifying.

The top three finishers will book their ticket to Qatar in 2022 while the fourth-place team takes part in an intercontinental playoff in June 2022 to see who joins them.

It's the first time Canada has reached the final round of qualifying in the region, which covers North and Central America and the Caribbean, since 1997. Canada's lone visit to the World Cup was in 1986.

Canada Soccer says the number of fans allowed at BMO Field will depend on local government and health authorities.

“We’ve shown in recent times that we are ready to have a real push for the FIFA World Cup Qatar 2022," Canada coach John Herdman said in a statement. "With the fans behind us at home, it will bring us to another level.”

Canada will play eight of its 14 Octagonal round matches this fall: three in September, three in October, and two in November. There will be three more matches in January/February and three more in March.

The Canadian men are scheduled to play the U.S. on Sept. 5 in Nashville. They have away matches against Mexico on Oct. 7 in Azteca Stadium in Mexico City and Jamaica on Oct. 10 at National Stadium in Kingston before the Oct. 13 Panama game in Toronto.

In November, Canada hosts Costa Rica and Mexico, part of a record 19-match year. Canada Soccer says venues for those games will be announced at a later date.

Canada is 9-2-0 so far this year, with the lone losses to the U.S. and Mexico at the recent Gold Cup. The Canadians have already scored 42 goals, a national record for a single year

To reach the final round, Canada topped a first-round group that included Aruba, Bermuda, the Cayman Islands and Suriname before dispatching Haiti in a two-legged second-round series.

“The last qualification process in June (against Haiti) was really important for this group of men to build a resilience and camaraderie in games where you knew if you slipped up, our FIFA World Cup dream would have been up in smoke,” said Herdman. “That sort of pressure, the expectation, scrutiny and consequences has just hardened the group. With those moments, confidence has grown and in the CONCACAF Gold Cup it continued to build.”

Canada has used 31 different players in its 11 internationals this year. Nine of those players made their senior debuts, including rising star Tajon Buchanan. Fifteen different players have scored for Canada in 2021, including Cyle Larin who has a Canadian record 10 goals in nine matches in 2021.

This report by The Canadian Press was first published Aug. 9, 2021