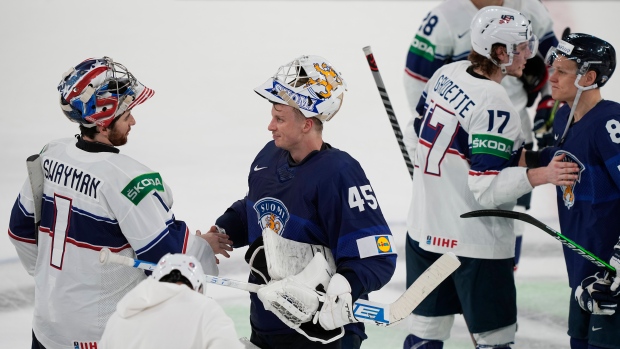 Finland held on for a 4-3 win over the United States in the semi-finals at the men's IIHF World Championship on Saturday.

The host nation will face either Canada or Czechia who battle in the other semi-final match later Saturday.

Nate Schmidt, Sean Farrell and Adam Gaudette were the goal scorers for the United States.

Gaudette's goal brought the United States within one with just under three minutes remaining.

The gold and bronze matches will take place Sunday in Tampere, Finland.