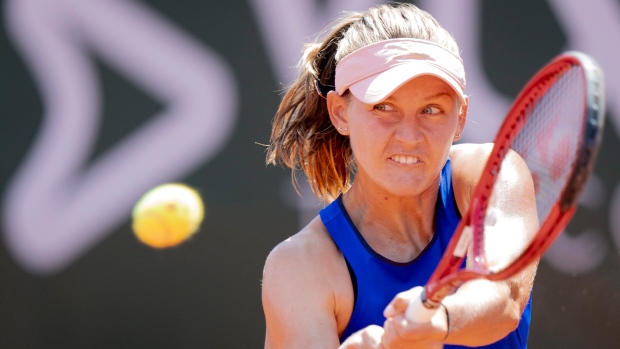 Ferro was leading Tereza Martincova 6-2, 4-1 when her Czech opponent retired with a back problem.

Tauson continued her good form, beating Timea Babos 6-2, 6-3 after knocking out top-seeded Ekaterina Alexandrova in the first round.

The 139th-ranked Tauson, a former Australian Open junior champion, next plays Italian Camila Giorgi — who rallied beat Nina Stojanovc of Serbia 2-6, 6-1, 7-6 (5) in the second round.

Burel will face Ferro in Friday's quarters if she wins her second-round match against Aliaksandra Sasnovich on Thursday.