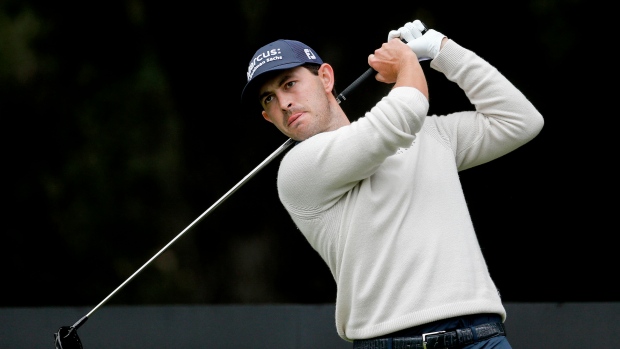 After the first two events of the new year were contested in Hawaii, the PGA Tour heads to the mainland for The American Express, formerly known as the Bob Hope Classic.

The 2018 champion, Jon Rahm, was expected to tee it up as the heavy favourite, but he withdrew from the event, leading to Patrick Cantlay being favoured over 2014 champion Patrick Reed.

Last week, Kevin Na outlasted the field at the Sony Open at the Waialae Country Club in Honolulu for his fifth career title, and he’s competing this week as well.

Normally this tournament is a pro-am format with three different courses used but due to COVID-19 safety protocols, the pro-am has been scrapped and only two courses will be played on - The Stadium Course at PGA West and the Nicklaus Tournament Course at PGA West in La Quinta, Calif.

Four of the top-15 golfers in the world will tee it up – Cantlay, Reed, Matthew Wolff and four-time major champion Brooks Koepka in his 2021 debut.

Low scores are imperative to earn a victory at this event, with the last 13 winners shooting at least 20-under-par.

Close calls have also been the norm, with 11 straight American Express tournaments being won by two or fewer strokes.

Five Canadians are playing this week, with one of them having several close calls at this tournament in the past. Adam Hadwin has the shortest odds at +6000, and he’s come oh-so-close to tasting victory here.

Nick Taylor is +9000 following a tie for 11th at last week’s Sony Open, where he held a two-shot lead after 36 holes.

The final three Canadians are all considered super long shots to earn a victory, with Roger Sloan and Michael Gligic both at +30000 and David Hearn +35000 to break through into the winner’s circle.

Here's our first look at the field for The American Express.

If Patrick Reed could ever do anything quietly, his recent under-the-radar play would qualify for that.

In his last seven worldwide starts, Reed has four top-10’s, with nothing worse than a tie for 21st.

Considering that Patrick Cantlay has even shorter odds than Reed, the 2018 Masters champion might be a bit better value between the two.

Cantlay has competed at this track just once in his career, posting a T-9 finish in 2019.

Reed hasn’t missed a cut in his last 14 events, and feels like he’s on the cusp of earning his first victory since the 2020 WGC-Mexico Championship with his run of strong play.

It’s not super palpable odds for a tournament that has seen its share of unheralded winners, but taking the value on Reed is the better option.

Past Five Winners of The American Express

Based on his past history at this venue, Canadian Adam Hadwin should have much shorter odds than +6000.

The following year, it was another strong showing with a tie for third.

Perhaps most disappointing for Hadwin came in 2019, when he had a five-foot birdie attempt on the 12th hole in the final round to open up a four-shot edge.

He missed it and then eventually fell to Adam Long by a single stroke for yet another runner-up finish in La Quinta.

The only reason he didn’t make another great run at the title last year was because he didn’t compete due to the birth of his first child.

The reason his odds are as high as this are due to the current state of his game as he searches for his second career PGA Tour victory.

Hadwin hasn’t had a top-10 in his last 13 events, and has missed three cuts in a row.

He’s extremely comfortable around this event, however, and that might supersede his uncharacteristic recent poor play.

Very rarely does a defending champion enter the tournament the following year with such long odds to repeat.

Just two years prior when he was at the time searching for his first victory, he nearly got it done at this event, losing in a playoff to eventual champion Jon Rahm.

In 2019 he had a respectable showing here also, as he settled for a T-28th result.

For a player who has won here and finished second in a playoff in two of the last three years, his odds are much higher than they should be.

Just three starts ago, Landry put himself in position for another title, where he eventually had a T-4th result at the RSM Classic.

He’s very much a feast or famine golfer, so he quite easily could disappoint.

Both of his career wins have come after long stretches of poor play.

With his track record around these courses, however, banking on him to get hot in La Quinta yet again is easily digestible at such massively long odds to double dip.